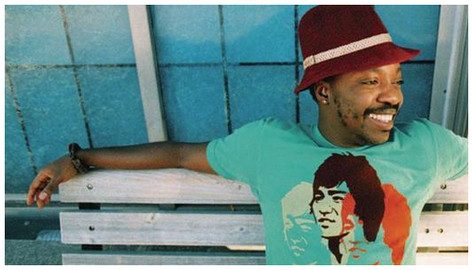 The other day while I was chilling on Twitter a couple of tweets popped up on my timeline that almost made me break out into a chorus of "Oh Happy Day." Anthony Hamilton tweeted live and direct from the studio that he was there with Jermaine Dupri and working out details for his next album. Last June Hamilton told Billboard that he had already written a number of songs for this new disc, and it sounded like it was in the works then. However, here we are months later, and the album is still in the planning stages. But that's all good because according to Anthony this new recording will be chock full of more soulful gems along the lines of his hits "Can't Let Go" and "Charlene." With music like that in the works, take your time, Anthony. Take your time. Peep his tweets right here, and be sure to follow Anthony Hamilton on Twitter. 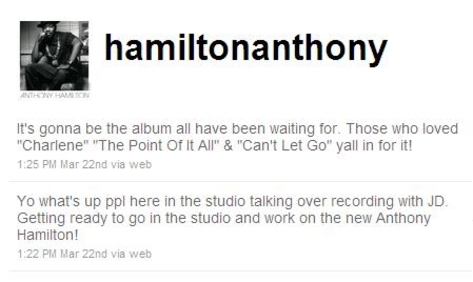