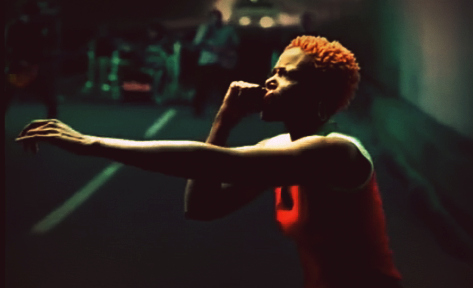 Pulling off a great retributive song is more difficult that it may seem. There are many songs that are angry and vitriolic, and they're great but are often devoid of a stronger message than "go to hell" or "I'm better than you could ever imagine." Don't get me wrong, those messages are just fine. We know, though, there's often much more to it than only that. Enter "Girl From the Gutter" by Kina.

Though fairly popular when released in 2000, "Girl from the Gutter" is one of the sleeper anthems that opened the new millennium with the residual angst of the '90s all over it. The finesse with which she utilizes the revenge song not just to lash out against her naysayers but also to assert her position of coolly thought-out impunity is empowering. You know that she's gone through the reactionary emotions, and the crescendo that begins at the bridge is all kinds of raw--but she is also moving on. Her performance is a nuanced blend of the emotional and the logical, which is to say, very much rooted in womanhood.

She doesn't have to put on the hat of maleness to transgress (see: Ciara's "Like a Boy" and Beyoncé's "If I Were a Boy"), nor does she have to temper her disposition with apologetic undertones. Yet even if you disregard all of that, the song is about affirming herself on her terms. She owns her past and the pain and is proud of her emergence from the gutter.


TAGS:  audio, brownstone, feminist, kina
Previous: Elisabeth Withers Is Back And Has ‘No Regrets’ Next: Vote For Your Favorite Bounce-Worthy Artist To Perform At The Soul Beach Music Festival