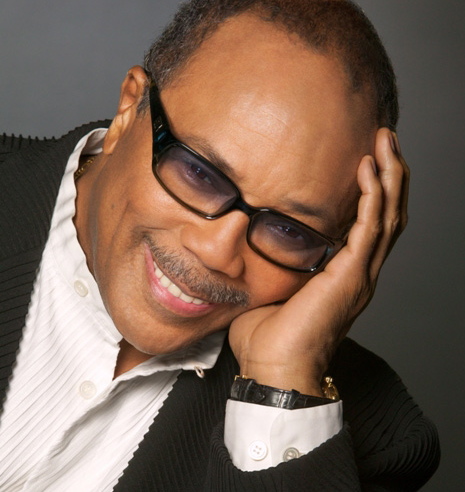 You guys are so smart. Despite my initial thought that Quincy Jones' "Secret Garden" 2010 remake produced by Jermaine Dupri sounded more like "My Boo," it in fact sounds much more like "Shorty Swing My Way." And you know what? It is absolutely unchanged from when we first posted this clip of it two months ago. Get ready for Usher, Barry White, Robin Thicke, Tevin Campbell, essentially most of the original song--including El Debarge on the chorus--and alot of 808s underwhelming you because it's not 1998 anymore. I hate to admit that I was actually expecting Auto-Tune. You see that photo of Quincy holding his head? That's how we feel except we're not smiling. Get ready for what you likely never ever wanted after you press play.
Center