Who Fills The Void Lauryn Hill Left Us? 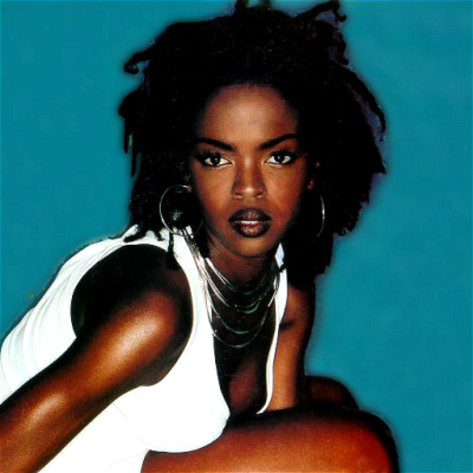 Yesterday's post about Brandy adding rapping to her triple threat status of actor, singer and mother had me thinking about the first lady who comes to mind as a singing and rapping dynamo: Lauryn  Hill. How kismet it seemed that as I had these thoughts, L Boogie was spotted out on the town last night at the Tanzania Education Trust New York Gala
hosted by President Jakaya Kikwete of the United Republic of Tanzania.

Though I am like everyone else who naively believed that The Miseducation of Lauryn Hill was the prelude to a long career onstage and making album after quality album, I also look at the positive impact her career has had on influencing those who entered the entertainment arena after her. Lauryn Hill is a remarkable producer and musician, inspiring many women to take more ownership behind the scenes. I put together this list of rapping, in most cases singing and sometimes producing divas who remind me a bit of the cutting-edge sense of empowerment Lauryn conveyed during her heyday. I ask you to share your feedback on who you think can compare to the genius we know and love called Lauryn Hill as you check out the ladies below--some you may have heard, some who may be new to you.

I first heard of Danielle Scott in 2007 off of a mixtape my boo had given me for my long commute to work. He had come across her music on MySpace and purchased her CD, sharing this song below, "Ghetto Wonderland," with me. I was won over. Her lyrical ability is a given, and she comes equally hard as a vocalist. When she put out a search in 2008 for a new backing band--The Family--I was sure she would be the next Lauryn Hill, easily merging song and rapping into a conscious flow. I'm still awaiting some new music from her, but word is that it's supposed to hit this year.

This Washington, DC-based rapper is one of the few women in the DMV rap game who is consistently booked as a headliner on shows that are male-dominated. RAtheMC's flow is sick, and she is unabashedly strong with lyrical content that does not come packaged with an over-sexualized image. Here she is in this vid putting a spin on Lauryn Hill's "Lost Ones" with a guest appearance by the rapper Pro'Verb. If you're in the District later this week, she headlines a show this Friday at LIV nightclub in Washington, DC with Amber Mimz and Ishan Bilal.

When I reviewed Nneka's new CD Concrete Jungle earlier this year, I had not heard her music before. I was totally ignorant of this woman who was using her music as a powerful tool to bridge cultures while entertaining. Upon learning more about her, I easily see the comparisons that can be made between her and Hill, for they both have very visible allegiance to the idea of musical integrity and cultural pride through music. Nneka raps and sings like Lauryn does and is also a musician, often seen, like in this video for "Heartbeat," with her guitar. She is currently on tour and will be touring in the US in May with Nas and Damien Marley.

While M.I.A. may seem ill-placed on this list, I thought to add her here because of her diverse talent set--producing, writing and rapping--and her out-of-the-box approach musically. Though M.I.A.'s sound can be described more as a creative mix of dancehall, world and electro-hop rather than straight hip-hop and soul, her specific focus on staying out of the box and keeping it original is reminiscent of Lauryn Hill's style, which we grew to expect in the '90s. M.I.A. begins touring this summer. Click here to see tour dates.

This singer, songwriter and producer is truly unboxed and turns the soul genre on its head with her unique approach. Like Lauryn Hill, before going solo Santigold was the sole female member of a band, Stiffed, later drawing the bulk of the attention given to the group. An equally strong songwriter as she is a performer, Santi wrote and executive produced How I Do, the debut album for the
singer Res and cowrote the title track for GZA's (of Wu-Tang) 1999 album Beneath the Surface. Fans await the follow-up to her 2008 solo debut, Santogold.