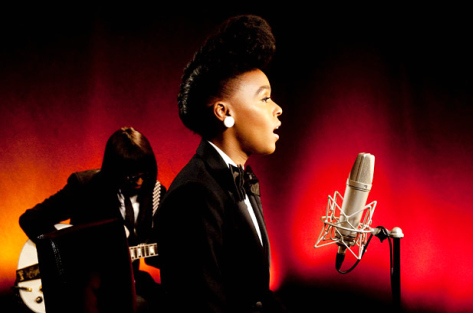 Even though she's been singing "Smile" live for years and it was one of the tracks on her 2007 album Metropolis: Suite I (The Chase), Janelle Monáe never disappoints with her rendition. In a video recorded for Billboard, she not only sings it with prowess, she explains her first encounter with Stevie Wonder's version. It made her cry. With Michael Jackson's passing almost a year behind us, the song assumes more poignance and melancholy. It really speaks to the timelessness of the song but the beauty with which she sings it. Definitely worth watching after the bounce.