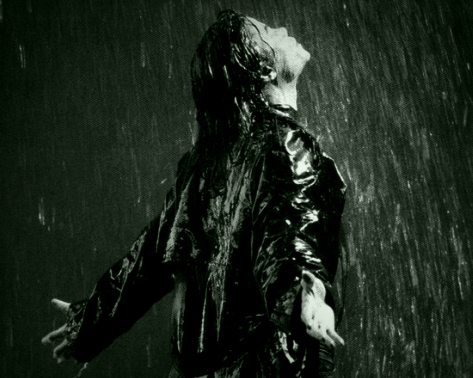 Written during a tour stop in Moscow at the height of the sexual assault allegations against him, and the surrounding fervor and criticism, "Stranger In Moscow" is arguably the most ernestly tormented song of Michael Jackson's catalog. With lyrics like "armeggedon of the brain," his introversion and angst permeate his performance. It's the b-side to "Scream," his grittier, defiant and more furious reflection on megastardom on 1995's HIStory: Past, Present and Future, Book I. Quiet and ponderous, "Stranger In Moscow" is a microcosm of his decline during the early and mid-nineties.

Any hopefulness is more embedded (he does mention "happy days will drown the pain" somewhat unconvincingly) than many of his earlier songs, many of which hinged his geniality and idealism, even as many began to dismiss those traits as part of more negative eccentricity. "Stranger In Moscow" is, well, lonely. Aching. Aching but somewhat resolved.  Having spent his entire life in the type of limelight that only a handful of people in the history of humanity have experienced, how could it not be?

Jackson uses all of his well-worn tools on the ballad--beatboxing, sharp crescendos, tight harmonic swells--but the song is devoid of his trademark vocal outbursts and improvisations. He doesn't relent, doesn't give us a second to pause. He just hauntingly asks to everyone and no one, "How does it feel when you're alone and you're cold inside?"

While most of us adore Michael at his peak, in his youth when he was at his most jovial and shy and electric, this song gives a glimpse of its underbelly. Still, his talent, even as it grew more erratic and secluded, is undeniable. "Stranger In Moscow" reminds us of the bitterness and contradictions of Michael Jackson, and that in there was a real person. Maybe more real than any of us could've allowed.


TAGS:  audio, michael jackson, top 50 michael jackson songs
Previous: Is The Grass ‘Greener’ For Fonzworth Bentley? Next: Morning Soul: You Don’t Have To Say This Love Is Forever