Whose ‘Man’ Is Better? Monica’s Or Jazmine Sullivan’s? 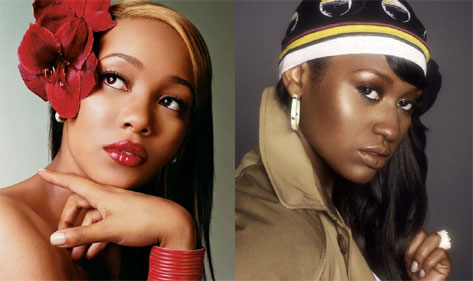 It's always interesting when you hear a song's demo and it is just as good if not better than the song that ended up being released. Which brings us to our next Battle of the Beats. In this corner we have Monica, who has staged one of the more impressive comebacks of 2010 with her album Still Standing, which features the song "If You Were My Man." And in this corner we have Jazmine Sullivan's demo of "If You Were My Man" that has me scratching my head trying to figure out why she didn't keep it for herself. Produced by Missy Elliott--who won't let you forget it with her borderline obnoxious hollering throughout both tracks--the two songs are exactly the same, even down to the rap near the end. This battle is going to come down to who you think sang this track built on top of Evelyn "Champagne" King's '80s hit "Betcha She Don't Love You" the best. So whose "Man" gets your vote, SoulBouncers?
Center


TAGS:  audio, evelyn "champagne" king, jazmine sullivan, missy elliott, monica
Previous: Kelly Price May Be ‘Tired,’ But She Sure Doesn’t Sound Like It Next: Morning Soul: She’s Got The Boogie Fever