Eric Roberson & Black Einstein Get Live For ‘The London Sessions’ 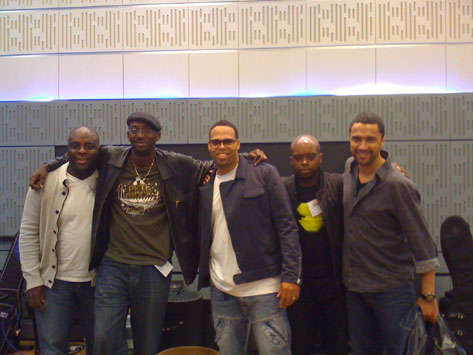 During a recent visit to jolly old London, SoulBounce fave Eric Roberson hooked up with keyboardist Colin Emmanuel, who performs under the moniker Black Einstein, and a few musician friends. The result was The London Sessions, a live recording of three songs from his 2009 release Music Fan First. Erro, Black Einstein and his crew reworked the first single "Borrow You" and the album cuts "Further" and "Bad 4 Me." This collection is a nice little surprise and just adds fuel to my Errobsession. This'll definitely hold me over until I next see Eric in concert. The best part of all, you can download this EP for free from Black Einstein's Bandcamp page. [H/T: SUK]