Is The Roots’ New Video All Flame And No ‘Fire’? 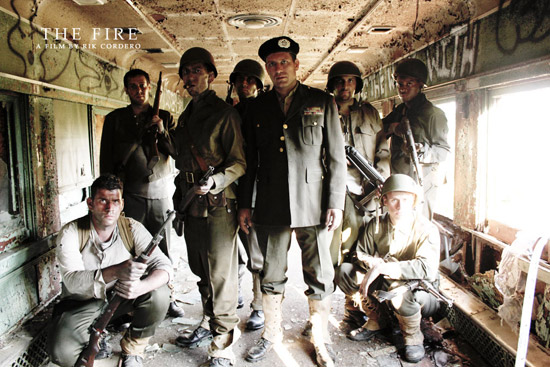 The Rik Cordero-directed video for The Roots' single "The Fire," featuring John Legend, will most likely confuse you at first watch. Why? Well, let's see. You may be confused when you notice that not one member of The Roots makes an appearance in the video. Of course, then, John Legend is also MIA. But, even if that is not a point of confusion, you may question what exactly is going on, who is who and what is the plot. Because, ultimately, it's a music video with almost obsolete dialogue, absolutely no reference to character names and confusing context when you try to determine by yourself the time frame and location. Lucky for you, I will tell you, so you won't have to guess, that the setting is in Europe during the 1940s after World War II. If you saw the Quentin Tarantino movie Inglourious Basterds, then that may help give you context as to what is going on during this time period and also remind you a bit of the award-winning 2009 film.

But, despite all of the possibly confusing elements, Cordero has managed to uniquely approach this song with a video concept that is sure to, if anything, spark discussion--if only to decipher the video's key elements. Truth be told, I enjoyed the video a lot because I believe Cordero interpreted the lyrics of the song in a way least expected. The video doesn't require you to imagine living at gunpoint day in and day out, at risk of being eaten alive, literally. It shows you. Opening with a father having his son ripped from his arms, you begin this video journey hearing the prisoners of war being told that "from now on, you have no past" and marching toward an unknown destination. The question then dares to ask, "is survival imminent because you gave in but didn't give up?" This video, surprisingly, shows that there is a difference.

Tell us what you think about the video, SoulBouncers. What's your interpretation?