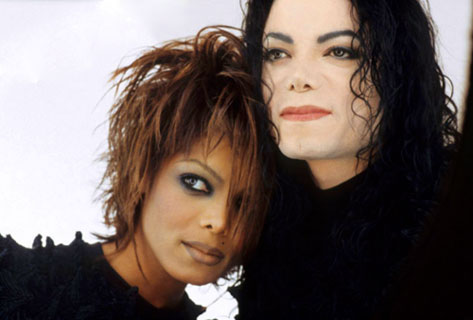 Stop f*ckin' with me

"Scream," the first single released from Michael Jackson's HIStory: Past, Present and Future, Book I album, is an aggressive, righteous tantrum of a song. It's more rebelliously angry and defiant than anything Michael had done before. For two years previous to its release, Michael had been demonized in the press as a pervert and a criminal, and even though he was never officially charged with the accusations made against him, much of the press coverage was implicative and far from objective. Eventually he was forced to cancel appearances and enter a rehabilitation center to treat his addiction to painkillers. Through these hardships, Michael's baby sister Janet Jackson remained one of his biggest supporters and advocates, so when he was finally ready to return to the spotlight in '95, who better to tag team the tabloids with? It'd be the first, and only real duet between the two; they'd only recorded together once previously with Janet providing background vocals on "P.Y.T. (Pretty Young Thing)."

"Tired of injustice, tired of the schemes, the lies are disgusting, so what does it mean? You're kicking me down, I got to get up. As jacked as it sounds, the whole system sucks!"

Jimmy Jam and Terry Lewis assisted Michael and Janet on the lyrics, composition and production and thus a hit overflowing with hard kicks, bass-heavy reverberation and screeching, haughty guitar riffs was born. "Scream" was so heavily anticipated that some radio stations risked being sued to keep playing the leaked track every hour for 24 hours a day. I'm hard-pressed to think of a contemporary pairing that'd generate the kind of white-hot buzz factor generated when news of this brother-sister collaboration began to spread. "Scream" quickly became more than a song, it was an event, made larger than life by the spectre of Michael and Janet performing for the first time together in a music video.

Ah yes, the video. THE VIDEO. To this day "Scream" is the most expensive music video ever made ($7 million), and it still looks as slick and cool as it did 15 years ago. Directed by auteur Mark Romanek, who also conceptualized the video, it features the siblings clowning around with each other, laughing, playing games and, of course, strutting and dancing their ever-loving ASSES OFF. There are middle fingers and sneers, Janet pantomiming peeing standing up, her breasts--it's a lot to take in. And I'm not sure anything in a music video has ever made me react as fangirliciously as I did the first time I saw The Michael + Janet Dance Interlude. Not only was there technical prowess and precision--they're both fantastic dancers and I expected nothing less--but just the sheer spectacle of those two behemouths of the entertainment industry dancing side-by-side like that was incredible. It was aggression; it was joy. And there's nothing like that ending shot of Michael with his arm protectively around his little sister, her head resting against him.

It is still somewhat unfathomable to me that "Scream" even exists. Two of the biggest stars on the planet, supernova star siblings of the highest order, collaborating on an epic song and an even more orgasmically, intergalactically epic video. This really happened. It's a shame we never got to behold them performing it together. The closest we came was Janet's 2009 MTV VMA performance, which featured titans of the dance industry and recreated the dance interlude with Michael projected on the screen behind her. It takes my breath away.