SoulBounce’s Top 50 Michael Jackson Songs: #43 ‘They Don’t Care About Us’ 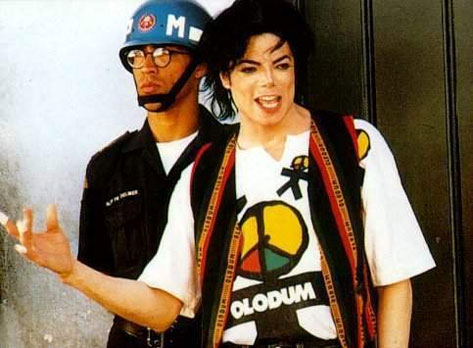 Beat me, hate me
You can never break me

The word "militant" would probably never bring to mind the icon we know as Michael Jackson. Yet, that's the first word that came to mind when I first heard "They Don't Care About Us," which came out in 1996 as the fourth single from his album HIStory: Past, Present and Future, Book I. He was putting it all out there. Speaking about everything from derogatory racial slurs to the disproportionate jailing of Black men, Michael was speaking the truth of how he saw the world. As biting and aggressive as this song is, with its staccato beat and unforgiving chorus chant, I was filled with such pride and respect for Michael who, for the first time it seemed, identified with the plight and position of the disenfranchised in this world as a disenfranchised person, instead of one of entitlement, wealth and fame.

The corresponding videos, one with MJ traveling to the slums of Brazil long before Snoop Dogg and Pharrell discovered the sun-kissed paradise of the South American country and a second with Michael dressed as an inmate amidst a sea of jailed Black men further marked the boldness Jackson during this era. The latter video, directed by Spike Lee, was perhaps the first time as an adult that Michael used his art to express specifically the injustice of the government towards people of color. The words and lyrics of this song held such proverbial commentary that the Million Man March leader Louis Farrakhan referenced it in a speech eulogizing Jackson last year after his death. "You saw Michael's color going from Black to White," Farrakhan said, " that's the outside journey. But the inside journey Michael was going from White to Black."

Michael Jackson: "They Don't Care About Us"