To Prince The Internet Is ‘Over,’ But Something In The Water Does Not Compute 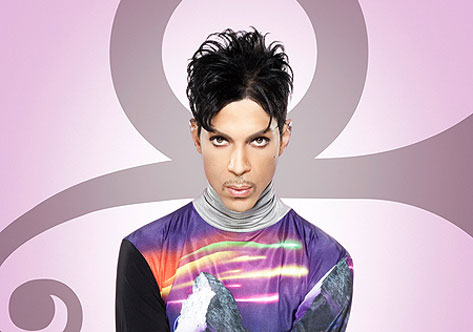 Prince fans worldwide are beside themselves with excitement at the prospect that new music from his Royal Badness will be here by the weekend. Prior to 20Ten's free release starting on July 10th the Daily Mirror, the newspaper that will distribute the complimentary disc in the UK before it rolls out across Europe, they are running a multi-part interview with rock, pop and soul's one-time bad boy. It's a very interesting read and a fascinating glimpse into the living legend's life. However, the most striking part of the interview isn't Prince's Willy Wonka-ish existence or the fact that he wears heels and blouses around the house, but it's the revelation that the man who was once on the cutting edge of new media and grasped the power of the internet has declared that the net is dead.
Center

"The internet's completely over. I don't see why I should give my new music to iTunes or anyone else. They won't pay me an advance for it and then they get angry when they can't get it.

"The internet's like MTV. At one time MTV was hip and suddenly it became outdated. Anyway, all these computers and digital gadgets are no good.

"They just fill your head with numbers and that can't be good for you."

Wow. Really, Prince? He may look like a man half his age, but he's sounding like the old man outside the computer lab.

His battles on the internet over piracy and privacy issues are well documented, but has it really come to this? He used to be very technologically forward in his thinking and was one of the first artists to have a thriving online community of fans (present company included) who paid good money to be a part of his online experience through the now defunct NPG Music Club.
I fundamentally don't understand the Purple One's logic in this scenario. Many of Prince's fans have abandoned old media in favor of the internet. People discover and share music differently now. How do you think many even found out about his new album as quickly as we did?
Speaking of which, now I'm quite curious about this release of 20Ten. Will there be some type of copy protection on the disc to discourage bootlegging? Will the CD self destruct if you try to download it to your computer? When you listen to the MP3s will they instead play a backwards message from Prince saying "Dearly beloved, the internet is completely over"? These thoughts are all quite distressing, but I suppose we won't know what Prince has up his ruffled sleeve until this weekend when the album hits the street.
What do you think, Bouncers? Is Prince a madman or is he making sense? Has the internet worn out its welcome or are we just getting started?