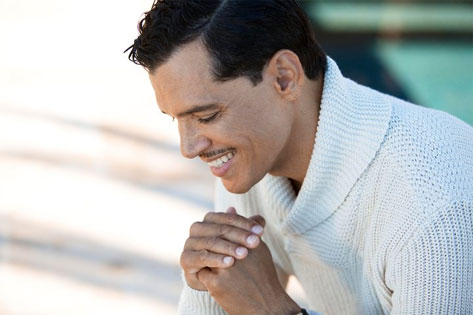 El DeBarge is poised to have one of the biggest comeback stories of the year--if not the past few years. His quiet return began with a low-key appearance on Brian McKnight's talk show, and then he got put on blast at this year's BET Awards much to the delight of fans who wondered whatever happened to the talented yet tormented singer. His sighting on BET was the springboard for his new album, Second Chance, which he has been diligently working on since his release from prison and rehabilitation from drugs. We heard a snippet of the first single, also named "Second Chance," on the album's EPK, but now we get to hear it in its entirety, and it's as epic as you might have imagined. Amazingly, his voice is in top form and he's still able to hit every high note. Almost spiritual in its delivery, this song is about not giving up, moving forward and redemption. Listening to this and knowing all that El has gone through in his life to come to this point, brought tears to my eyes. Although I cannot wait for Second Chance to be released on September 28th, I already know that I'm going to be a wreck the first time I play it. I know that I'm also not alone in saying that I still have all this love, and it's waiting for El.
Center