The summer is about to get a whole lot hotter in Atlanta. That's because
SoulBounce fave Bilal has been confirmed to appear at the International Soul
Music Summit
, which takes place August 19-22 at Atlanta's Hyatt Regency Hotel.
As you guys know, our favorite Philly-bred singer is gearing up for the September 16th release of his long-awaited album, Airtight's Revenge. Also on tap to appear at
this year's event are YahZarah, Olu, Tony Rich, Mike Phillips, Eric Roberson and
Calvin Richardson.


The Summit, now in its fifth year, provides aspiring music hopefuls with the
chance to network and learn from some of the soul music industry's most
successful insiders through workshops and seminars. It also gives new artists a
chance to show and prove at several evening showcases and listening lounges.
Past celeb participants include Raphael Saadiq, Joi, Sy Smith, Vikter Duplaix and
more.
Right

Summit organizer Terry Bello says that the guest appearances aren't the
only new additions to the event. This year marks the first year that ISMS has
partnered with the 5th Annual Peachtree Village International Film Festival. In
addition to all of the ISMS events, participants will also have access to PVIFF
workshops. "The combo of music and film is going to make the opportunities for
networking stronger," Bello tells us.

Visit www.soulmusicsummit.net to register for what's sure to be soulfully good
time. But have no fear if you can't make it down to ATL! SoulBounce will be on
hand to bring you the latest news and events straight from the source. 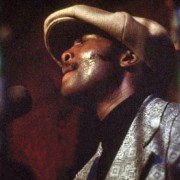