Will This New Michael Jackson Album Be A ‘Thriller’ Or Just ‘Bad’? 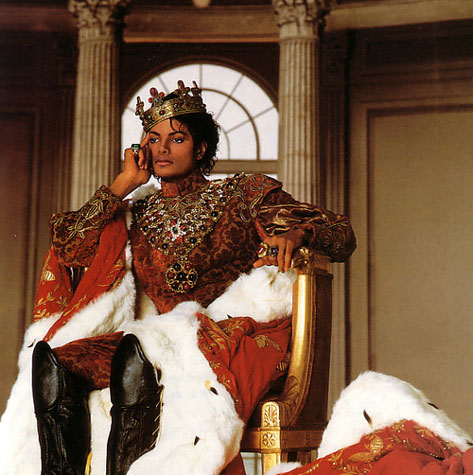 Although it's been over a year since the King of Pop passed away, it seems that his
management is determined to ensure that his music isn't forgotten. That's because
Frank DiLeo, Michael Jackson's manager at the time of his sudden death, has revealed
plans to release an album featuring unreleased material in November. At the time of his
2009 death, MJ left behind hard drives filled with previously unheard music, much of
which was reportedly recorded during the peak of his success during the 1980s. It's also
set to include collaborations with Akon, Will.I.Am and Ne-Yo, in addition to music that
was scrapped from his iconic Bad album.
Center


The as-yet-untitled album is part of a post-mortem deal struck between Jackson's estate
and Sony Music back in March. The deal, which is estimated to be more than $250
million, will also include reissues of MJ's albums, a DVD collection of his music videos
and even a video game.

Now as much as we here at SoulBounce love and miss MJ, it's still hard not to wonder
if the purpose of this deal isn't really just to cash in on Jackson's legacy. It seems we're
not the only ones wondering either, since Will.I.Am has already voiced his objections to
the project, calling the move disrespectful to Mike's wishes.

"You don't disrespect someone when they're gone...How much can you suck from his
energy?...Freaking parasites," he told the Associated Press, citing Jackson's detailed
creative process as proof. "He was a perfectionist and he wouldn't have wanted it that
way. How you gonna release Michael Jackson when Michael Jackson ain't here to bless
it?"

What's your verdict on this upcoming MiJac album, SoulBouncers? Does the sight of Akon's name amongst the collaborators make you wanna holler and throw up both your hands? Or does the prospect of anything new and unheard before from the King Michael negate any reservations you may have?