Can Nivea Come ‘Stronger’ Than Sade?

Everybody stop. Just hold up one second. I know what you're thinking. Yes, the thought of someone named after a better-than-average drugstore body lotion remaking Sade's undisputed classic and soundtrack to my junior high dreams, "Stronger Than Pride," should amount to blasphemy, right? It would, if Nivea didn't do such a halfway decent job with this cover for her Nivea Undercover mixtape set to come out sometime this fall. Now that mixtapes have unofficially taken over albums as the medium for artists to showcase their music, we can wait to see how she does with the rest of the tracks. The real question is, does Nivea do as well as Rahsaan Patterson does with his cover of "Stronger Than Pride"? Peep a performance of his after the bounce and leave your thoughts in the comments. 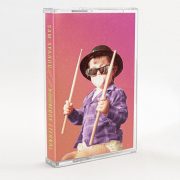