Why Nicki Minaj Is Right 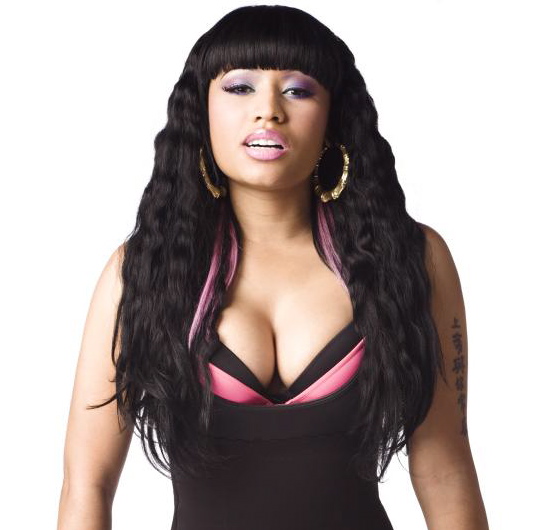 Yesterday I came across a quote by Nicki Minaj, hip hop's reigning queen of spastic, empty rhymes who is quickly on her way to becoming a pop culture phenomenon. What she said made me angry, gave me pause, then caused me to have a accept a grim reality all in that order.
Center

They [major labels] won't look to sign other female rappers if the project doesn't do well. Because they're gonna say "well, her buzz was so crazy, if she couldn't do it no one can do it." I don't want that to happen so I'm doing this for all the girls.

My first reaction was that of being absolutely incensed that someone such as herself would even utter such a thing. She came across to me as being absolutely entitled, especially after recent talk of her accepting comparisons between her and Lauryn Hill in her prime. My second reaction was that of attempting to figure out what she may have meant because, when people say things that are just so egregious, I try to give them a chance to redeem themselves. My last reaction was one of sadness because I actually began to understand what she meant and why she said it.

Despite my wanting to dismiss everything that this chick has done and will ever do (no, I don't like her wigs, and, no, I don't think she was ever good at rhyming), she has reached a level of success that most female rappers will never attain. The fact that she comes across to me as desperate for attention and willing to get it by any means necessary is just proof that there is a disconnect between those who like her and myself. But the fact that she was able to hone in on a sad reality about the music industry is even more depressing.

With record labels' profits down and many labels not being able to sustain in this economy, the bottom line is that facsimiles of what sells is what labels want. That being said, Minaj is right: if her project doesn't sell--and I have no doubt that it won't do well--then the music industry collectively won't be willing to sign any other female rappers whether they emulate her or not. No record label wants to bank on anything not being a worldwide smash because frankly, they need the money, substance be damned.

Here's the sadder part: not only is Nicki not particularly talented but the reigining queen of hip hop, the standard by which all other femcees were judged post her emergence into our lives, Lauryn Hill, is by all accounts over. Not only is Lauryn not the hungry, lyrically-adept, crush-you-with-her-heel-while-she-stings-you-with-her-tongue lyricist that she used to be, it's evident that she simply doesn't care about ever returning. Case-in-point: Rock The Bells. One would think that to reemerge to a generation of fans who had no choice but to bestow utmost respect onto you that she would reward us with something more than leaving fans waiting for three hours while she got a mani-pedi. And that's but one example of her tardiness during the tour. Let me tell you something: no mani-pedi takes that long. Not even the Queen of Zamunda's.

The reality is this: hip hop continues on in other forms that some of us will never accept. Female emcees with far lesser talent than we are willing to accept are more accessible than should be. The queen who rightly took her place no longer wants to rule. The reigning queen sucks. The next female rapper who will crush them all will not and was not featured on a BET documentary. Sidenote: Am I the only one incensed that My Mic Sounds Nice didn't mention several up-and-coming femcees such as Invincible, Josie Stingray or, dammit, the plethora of talented, underappreciated rhyming women in any real capacity? Sigh.

I have no idea when things will right themselves. And I am even sadder that a quote from Nicki Minaj was required for me to accept how wack things are.

Nicki Minaj Tells Greg Street: "They Won't Look To Sign Other Female Rappers If The Project Doesn't Do Well." [HHW]