Michael Jackson’s ‘Thriller’ To Be Made Into Feature Film, Ruined 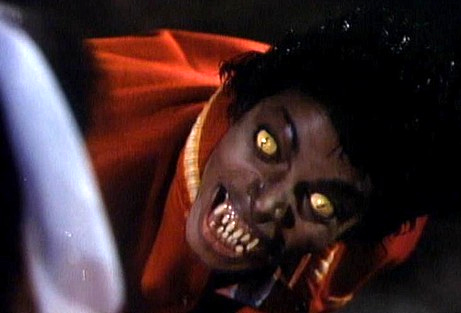 In case you were under the misapprehension that "Thriller" was sacrosanct in this dark age of The Remake, allow Hollywood to mollywhop your nostalgia into bloody submission once and for all. A feature length film of the Greatest Music Video Of All Time is currently in development. Yes, you read that right. For reasons that are irrelevant and infuriating, like "exploring the song's folklore," it's rumored that several major studios will be jostling for rights and that This Is It director Kenny Ortega is set to direct. Which studio dickhead assumed that fans were really clamoring for a backstory of Vincent Price's faceless voiceover "character"? Also: Imagine, if you will, "Thriller" without Michael Jackson. "Thriller." Without. Michael. Jackson?! Who else wants to zombie-smash everything?