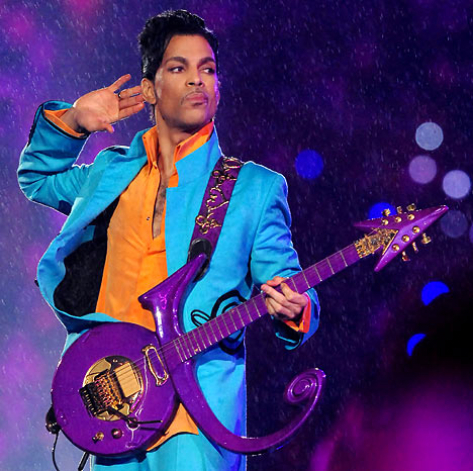 Generally, I think opening with a quote is lazy, but I just picked myself up off of the floor, so I'll let His Royal Flyness fill you in:

"If you've been to one of my shows, then you know what time it is [...] You need to come early and come often because every time we play it's always something new. I got a lot of hits. Bring friends, bring children, and bring foot spray because it's gonna be funky."

At a media event at the Apollo Theater in Harlem yesterday, Prince announced a concert series with Maceo Parker, Janelle Monáe, Mint Condition, Esperanza Spaulding, Cassandra Wilson, Lalah Hathaway and Sheila E. (He also debuted a new song, "Rich Friends," but we all know about his aversion to digital downloads.) The tour begins in December sometime but details about venues and dates were not provided. Get your money right so you can be prepared to snatch up your tickets when they become available. Welcome to America, indeed!
Center