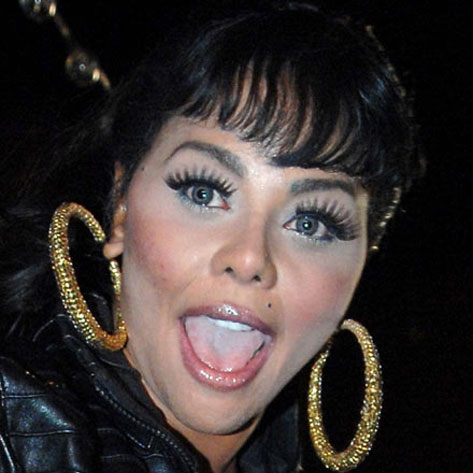 Nothing lasts forever in the music business. Trends change. Fads and alliances shift. Careers crumble. It's ever-evolving, like the face of Biggie's unclaimed sidepiece, Lil Kim. A decade ago, Kimberly Jones was Britney Spears to Foxy Brown's Jessica Simpson. But times have changed. After a vacation in the slammer and a stint on Dancing With The Stars, it was clear that the Queen Bee's grip on the throne was weakening...along with her nose cartilage. Somewhere along the way Kimberly morphed herself into a curvy Asian and faded into oblivion. Enter Lil Wayne protégé Nicki Minaj, the embodiment of all of Kim's fears: another pretty girl with a vulgar mouth whose surgically enhanced body receives just as much attention as her music. Nicki improved upon the Barbie persona Kim made famous, and Self-Hatred Barbie was not the least bit pleased. Minaj dropped "Roman's Revenge" with Eminem, and Self-Hatred Barbie threatened to erase Nicki's social security number. Then came Nicki's hilarious interview on Hot 97 with Angie Martinez where she snatched Kim's wig and nose clean the hell off. Never one to hold her tongue, Kimberly responded on Thanksgiving with her diss track "Black Friday," a play on Pink Friday, the title of Nicki's debut album.
Center

Over a Pharoahe Monch instrumental, Kim swings hard at Nicki, Drake, Wayne and Diddy and everyone else who's emerged in her absense. Nevermind that her flow is as dated as the track. What matters is that she made Hardcore, and she'll never let you forget it. Oh yeah, she wants you to know that Nicki's ass is fake. Nevermind that her presto chango face would put Mrs. Potato Head to shame. That's beside the point. There are references to her "still standing," "being on top," being the Queen, and so on, but why? The best retaliation is success, not avoidable wackness. Some "rookie" comes for your head, and the best you can do is embarrass yourself over an 11-year old beat?

A standout line: "Stick your head in a tornado, brainstorm." Chile, please.

It's over, Kimmie. You've had a great run, spit some great lines, swallowed many babies. We appreciate you. The climate has changed since you last showed one of your faces, and like Aretha in a bikini, you just don't fit anymore. Why would a Queen clap back at some insignificant, unoriginal "Kim clone clown"? Probably for the same reason artists sign with Diddy: insanity. I miss the raunchy colored girl with big front teeth from the '90s. This crotchety, pale chihuahua on the scene now? Hell and no.

To quote the object of your unrequited love, "Don't be mad, UPS is hiring."