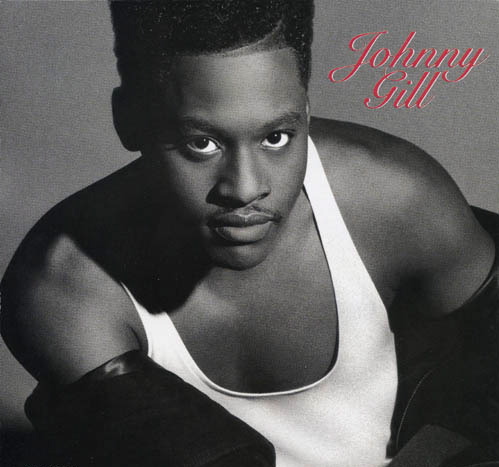 Johnny Gill's self-titled album arrived on the scene in 1990 at the perfect time. Fortunately for Johnny, Wesley Snipes had nearly single-handedly brought chocolate-hued brothers back onto the to-do lists of sistas who fantasized about them. Additionally, despite the fact that Johnny Gill was his third solo album, Johnny enjoyed a resurgence in interest from R&B lovers after helping to breathe new life into New Edition's well-received Heart Break album released two years prior.

Johnny Gill dropped this album in the midst of New Jack Swing's heyday and it is without a doubt a celebration of this era. Listening to any of the tracks from this album instantly conjures thoughts of high-top fades, overtly conspicuous polka dots on everything, The Arsenio Hall Show and In Living Color. In fact, one of the Fly Girls from In Living Color appeared as Johnny's love interest in "Fairweather Friend." Other hits included the butt of several adolescent jokes "Rub You The Right Way," chart-topping "My My My" -- the studio and live versions -- which likely caused a surge in red dresses, the midtempo "Wrap My Body Tight" and my personal favorites "Just Another Lonely Night" and the smoldering slow jam "Lady Du Jour."

Some of you may have not known that Johnny also played guitar, bass, bongos, and drums in addition to performing lead and background vocals on this album. Although Johnny may not have been the best dancer as evidenced in the more uptempo videos, there was no denying his voice was force of nature, managing to sound like a grumbling, soulful, sweet-natured lion who just wanted to tell you something very special if you would only come this much closer.

The success that Johnny enjoyed from this album certainly continued past 1990, although not necessarily to the degree that he may have experienced that year. He enjoyed more critical acclaim and musical success while singing two of my favorite songs from two most excellent soundtracks, New Jack City's "I'm Still Waiting" and Boomerang's "There You Go." Johnny also experienced double platinum success as part of supergroup Levert.Sweat.Gill, better known as LSG, well-known to cause excitement amongst women of varying generations. Of course, Johnny continued to tour with New Edition and was featured on their later albums, as well as being on the tongues of several gossipers due to his friendship with a certain comedian well-known for placing bananas in tailpipes. None of this, however, will mar the gift of a voice that escapes from his lips anytime he sings. Without a doubt, the name "Johnny Gill" will always elicit thoughts of this album and the station I was in life. That being said, let's give Johnny his just due and give it up for an album that has stood the test of time 20 years after its debut.


TAGS:  audio, class of 1990, johnny gill, new edition, wesley snipes
Previous: Pete Philly Has A Special Way To ‘Remember You’ Next: Morning Soul: Papa Comin’ Over To Give You Some More