16 Janet Jackson Barbie Dolls That We’d Like To See 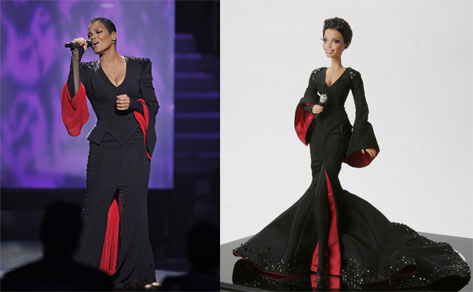 When the SoulBounce team got the news that a Janet Jackson Barbie doll had been created, squeals of delight could be heard across the country. That is until we learned that there was only one of its kind manufactured and that the doll is currently being auctioned off to the highest bidder to benefit the charity Project Angel Food. With the bid already topping $1000 and with broken hearts, we all kissed our dreams of owning the "Divinely Janet" doll goodbye. Which ultimately was fine, because although the Divinely Janet doll is an absolutely gorgeous replica of Janet when she performed on American Idol earlier this year, it's not exactly one that we would have chosen being the group of Janet fans that we are. A style and fashion trendsetter, Janet has so many iconic looks throughout her career that could translate well into a miniature plastic version of the diva.

With that said, we came up with our own ideas for Janet Jackson Barbie dolls that we'd like to see made and would most definitely buy if ever given the chance. Mattel, are you listening?