Cee-Lo Green takes time from his regular hosting duties on Lay It Down on Fuse TV to share with andPOP some of the motivation behind his highly successful release, The Lady Killer. He talks about the importance of his cultural identification to soul music, the connection between Batman and the Lady Killer persona and the ease in which it took to write the GRAMMY-nominated smash single "F--k You." Cee-Lo tells how we've lost sight of the art for the sake of product and basically clues us in on what we could tell already--that he's an original in almost every way you could fathom. 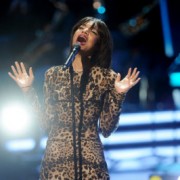 Morning Soul: Had It All But I Let It Slip Away

Morning Soul: Let Yourself Reach For That Star

Morning Soul: So Much To Live For And I’m Livin’ It Now