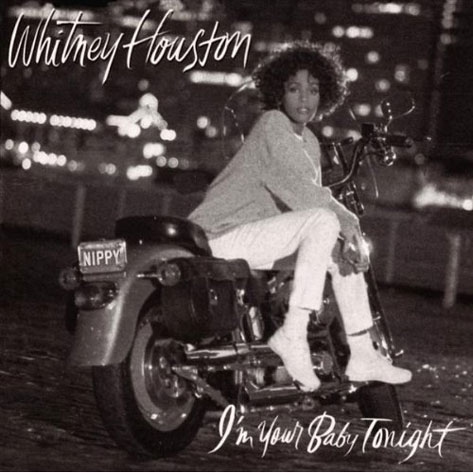 How fitting that our Class of 1990 series ends with the incomparable Whitney Houston. While not quite yet the Queen of Pop and the best-selling and award-winning female entertainer of all time that she is lauded as being today, Whitney Houston in 1989 was still the third top-paid entertainer that year, two paces behind the likes of Eddie Murphy and Bill Cosby. With this news, the world should have been heaven for this 26-year-old pop princess that year. But at that time, after winning award after award for her previous albums Whitney Houston (1985) and Whitney (1987), a need for change was in order for the young diva. After being booed at the 1989 Soul Train Music Awards by folks who, at this point, were lambasting her for not displaying on record the soul that they knew she grew up around, she had decided that the album she would release next would send a message to dismantle the negativity of her naysayers. Whitney's first two releases featured material hand-picked by the label--most notably by her mentor and head honcho of Arista, Clive Davis. However, with her new project she had more control
over the album's content, and she was going to use it. Thus was born 1990's Billboard-topper, I'm Your Baby Tonight.


It is with great irony that while I'm Your Baby Tonight was meant, in some small way, to prove a point, to confirm her "blackness" to the finicky world of R&B music, it was at 1989's Soul Train Music Awards where she met Bobby Brown, beginning the infamous love connection that would go down in the history of celebrity train wreck marriages. However, her relationship with Bobby was a testament to the phase she was in. Whitney was going to reconcile her pop status with her soulful roots. This required the big guns. Enter the hitmaking songwriting and production team of L.A. Reid and Babyface, the multi-talented Luther Vandross who lent his voice on backing vocals and songwriting skills, and the genius production of Narada Michael Walden to the rescue. (As a side note, Walden must have been awful busy around this time, because he was heavily involved in the making of another Class of 1990 hit album for Mariah Carey.)

The musical flavor for I'm Your Baby Tonight was inherently more robustly soulful with L.A. and Babyface at the helm. Three of their contributions to the record--including the album's title cut, the upbeat "My Name is Not Susan" and the glorious "Miracle"--became instant classics and highlights of the album. The Narada Michael Walden-produced remake of "All the Man That I Need," originally done by jazz-pop singer Linda Clifford, became a woman-in-love anthem, with many folks speculating during the time when the song's video was released, if she was in fact singing about her new beau Brown. One of the more unexpected favorites of the song collection was arguably the duet with Stevie Wonder on "We Didn't Know," which Stevie also produced. Their two legendary voices blended effortlessly and showcased Whitney's ease and comfort within the R&B box that she had somehow never really been placed in before.

I'm Your Baby Tonight, while not as financially successful as her first albums that were saturated in pop sensibilities, did not detract from the stardom that Whitney Houston and her handlers had manifested. The album was, in fact, an international success, certified quadruple platinum by the Recording Industry Association of America. Between 1990-1992, I'm Your Baby Tonight garnered Whitney at least a dozen nominations for national awards, with her winning four Billboard awards and an American Black Achievement Award. As if her seemingly never-ending promotion of this album wasn't enough, Houston also won a 1992 CableACE award for her historic rendition of the "Star Spangled Banner" recorded during the cable special HBO Presents Welcome Home Heroes with Whitney Houston that was but one of many appearances she made in honor of the troops fighting in the Gulf War.

I'm Your Baby Tonight will forever mark the time period--for better or for worse-- which transitioned Whitney from being just a phenomenally successful singer to becoming a legendary act that will go down in history for having the vocal instrument that has been often referred to as simply "The Voice." Marriage to Brown, new baby Bobbi Kristina, appearances in movies like The Bodyguard and Waiting to Exhale followed, as did incredibly successful accompanying soundtracks. And looking back at it all, despite the hardships Whitney Houston endured throughout, it is inspiring to witness the tenacity of spirit she had to enable her to reach musical heights that only a handful of gifted folks have been able to claim. In all realness, 20 years ago Whitney Houston, with or without I'm Your Baby Tonight, was at the top of her game and no one could possibly compare. But with this album, she was pitching her stake in the mountain, daring those around to say something else and deny that she was not a child of soul. By the end of her album's promotional run, no could deny that fact. Why would they even try? Whitney Houston had become the template of what successful was and if she never records another album in her lifetime, she has a legacy that illustrates that formula firsthand. 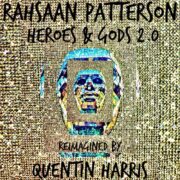