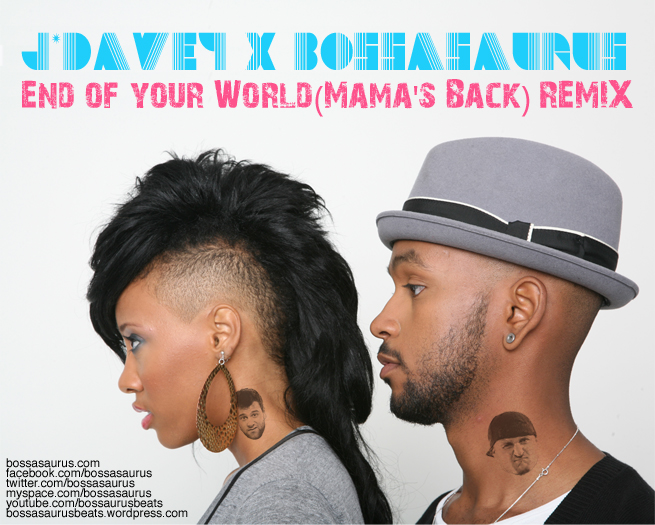 Oakland-based production duo Bossasaurus took a break from preparing for the release of their EP, Lacerta, to remix J*DaVeY's "End of the World (Mama's Back)." The dance floor-ready jam showcases the pair's unique style, using "analog synths, bizarre instruments, and microsamples" to breathe new life into the song. Rather than slap a new beat over the original, they took a few lyrical liberties, chopping up Miss Jack's vocals, making it even more club-friendly. I was first introduced to Bossasaurus--Egon Brainparts and Negatron Johnson--via their dope reworking of A Tribe Called Quest's "1nce Again" from last year's Shove These Fossils Up Your Magnificent Creationist Ass. This electronic overhaul will just have to hold me over until J*DaVeY is ready to drop this phantom album of theirs. Lacerta, on the other hand, will be released on December 15th on Bandcamp.
Center