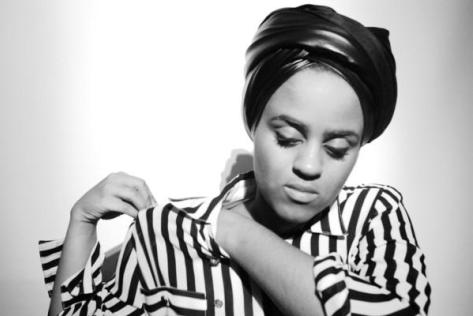 Twenty-year-old Swedish vocalist Seinabo Sey has been bubbling along under the radar for the last year or so, but hopefully that should all change in 2011. One half of the duo Def Chronic (alongside producer Frank Nobel aka Frankstrumentales) and half-sister of UK vocalist Fatima, Seinabo has already been tipped by Moovmnt as one of their "ones to watch in 2011."

Last year Def Chronic released their debut EP Def Chronic Vol.1, and the track "Apple Juice" gained quite a bit of blog attention. Since then, Seinabo has been working on more Def Chronic material (Vol.2 should be dropping just in time for the summer) as well as on solo tracks and other collaborations. You can check out a selection of her material below, including the Badu-esque freestyle/improv "Like We Have Nothing To Lose" over Kanye's "Another Summer" beat. As an added bonus, Seinabo has kindly re-upped the Def Chronic Vol.1 EP, so grab the freeness while it lasts.