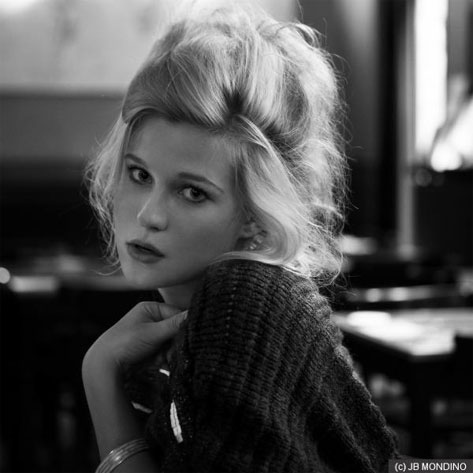 Belgian singer/songwriter/musician Selah Sue, first grabbed my interest when I was introduced to her on CeeLo Green's "Please" from The Ladykiller. Immediately, I was in awe of the soul in her voice, which was undeniable. After listening to her most recent EP, Raggamuffin, on repeat for several days, I was further impressed.

She began her musical career playing acoustic guitar in a Belgian band, Novastar, and has also been the frontwoman of a dubstep/drum 'n' bass group Addicted Kru Sound. Selah is an extremely versatile artist and can move between genres easily, which brings an additional level of quality to her music.

Her first release in 2008, an EP entitled Black Part Love, included acoustic guitar and folk songs, true to her roots. However, she also added some reggae beats. Her current sound on Raggamuffin continues that trend and is a mixture of reggae, funk and soul. "On the Run" features a soul and funk sound that defies you to keep your head from nodding. "The More That I" blends electronic with soul, and the result is a mellow sound with a pulsating beat.

Her music remains unique, lyrically and vocally. The versatility in her songs might come from her own diverse taste in music, as she has often named Lauryn Hill, Erykah Badu and Damian Marley as her musical influences. Selah Sue delivers very interesting and universally enjoyable material, and it won't be long before her music brings her further into public recognition. I'm anxiously awaiting her debut album, scheduled for release in March.


TAGS:  audio, CeeLo Green, selah sue
Previous: ‘Send It On’ To Mara Hruby Next: This Remix Of Andreya Triana’s ‘Far Closer’ Is A Monsta