Home Diggin' in the Crates, House of Soul

Remember When DJ Jazzy Jeff & Erro Wanted To ‘Rock With U’ 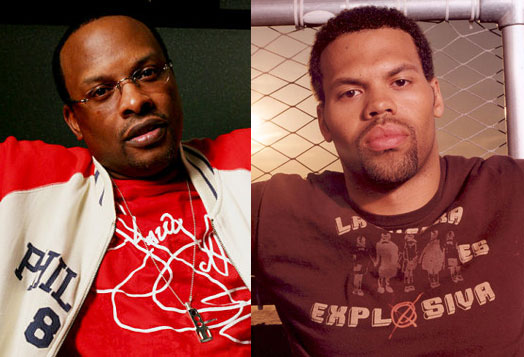 Let me tell y'all a little story. A story about when my obsession with Eric Roberson, aka my well-documented Errobsession, began. It all started back in 2002. My co-worker, friend, designated music pusher and now director Ervin Green put me on to DJ Jazzy Jeff's The Magnificent, and the song that I had on steady repeat was "Rock With U" featuring the melodic stylings of the talented Mr. Roberson. I had already heard a little Erro here and there at the time, but this song is what led me to dig deeper into his catalog to discover more of his music and to the eventual the point of no return in my love for this dude. I really liked the original version of the song, the video for which you can view after the bounce, but it was the "Yoruba Soul Mix" by Osunlade that had me catching the holy ghost. Osunlade, a fellow member with Erro of Jeff's A Touch of Jazz production company, replaced the head-nodding hip hop vibe of the original with a soul-clapping soulful house arrangement and additional vocals from E that gave me ants in my pants cause I needed to dance whenever I heard it. For some reason I never got my hands on a copy of this remix, and my Erro collection was losing because of the omission. But now the good folks over at BBE have packaged up this track, the firecracker "Yoruba Soul Mix Dub," and two mixes of my other jam from The Magnificent, "For Da Love of Da Game" featuring Raheem DeVaughn and V, into a sweet digital package that any serious Eric Roberson fan needs to own. My Errobsession playlist is now complete, but the story is far from over.