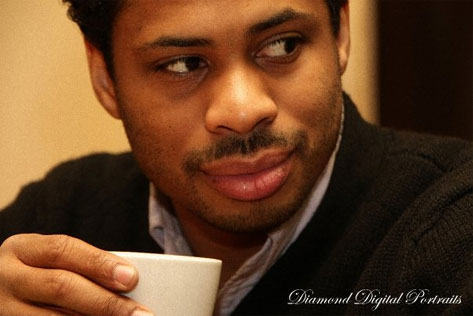 I was lucky enough to see the national tour of Dreamgirls when the show stopped here in Los Angeles in 2009. Aside from Adrienne Warren's "Lorell" undeniable upstaging of American Idol finalist Syesha Mercado's "Deena," the play's clear standout was Chester Gregory as "James Thunder Early." His over-the-top antics, exceptional comedic timing, and powerful voice dominated each of his scenes and more than made up for the Ahmanson Theatre's shabby sound that night. Putting that velvety voice to use, Gregory is finalizing a mixtape titled If U Only...The Mixtape, set to drop on Valentine's Day. First up as a beautiful introduction to the mixtape is "If U Only," a sweet, acoustic guitar-heavy, mid-tempo love declaration. The same range that shocked and captured audiences during his Broadway run is on full display here. Following 2009's Breakbeat Karaoke, this is a great way to build anticipation for this new mixtape as well as his full-length sophomore album, coming in the spring. Take a listen to this syrupy sweet groove below. Now excuse me while I sway at my desk.
Center


TAGS:  adrienne warren", audio, chester gregory", dreamgirls, Syesha Mercado
Previous: The Floacist Sets Temperatures Rising With ‘Let Me’ Next: Adele Shows Why ’21’ Is The ‘Only’ Album We Should Be Talking About