A Closer Look At ‘Oversouling’ 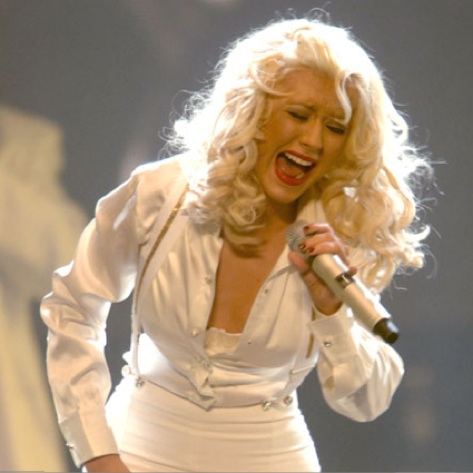 Last Friday I wrote a short response to Huffington Post contributor John Eskow's article "Christina Aguilera and the Hideous Cult of Oversouling," asking fellow SoulBouncers for thoughts on the issues it raised about race and vocal grandstanding in pop music. Eskow read the post and left a comment, which ultimately led to a lively, thoughtful, week-long email exchange about "oversouling," the overwhelming public response--over 1600 comments, and how race factors in to contemporary American music. Read a transcript of our conversation and share your own thoughts on the subject after the bounce!
Center

John Eskow: There are so many issues here which radiate out from "oversouling." Among them is a variant of the old can-a-white-man-sing-the-blues debate: Can a white writer critique black music, even if he's writing about a white singer like Christina Aguilera, by using a term that outraged some black readers? What about the use of the term "minstrel show"? Is it fair, is it racist--or both, or neither?

Ro: There are going to be people outraged by discussions around race, however informed and sensitive and correct, regardless. So, the answer to your question of whether or not a white writer can critique black music is yes and no. Yes, because a reasoned critique of musical styles can and should come from all sides. No, because not everyone is capable of engaging with the complexities of race as a fundamental aspect in popular music and integral to the Great American Songbook itself.

I think your postscript did a fine job of reemphasizing the idea of "oversouling" and the abuse of melisma in popular song, which was so obviously the thesis of your original post. The coda got a little fuzzier, and your use of the anachronistic and loaded term "minstrel show" was problematic. I think your point about tastelessness and empty show-biz affect could have been made without citing minstrelsy. So I wonder, why use it at all?

JE: I wrote ["Christina Aguilera and the Hideous Cult of Oversouling"] in the time it takes to read it and sent it off expecting it to be buried somewhere. Two days earlier I'd written a piece that drew a grand total of 2 comments, and that's about what I expected for [this] piece. But, clearly, it struck a nerve--or many nerves. I was shocked by the thinly-veiled racism from white readers, as terms like "urban yodeling" began to surface--shocked by the racism itself, and confused because I was, after all, criticizing a white singer by praising black singers-- and that's why I wrote the original postscript.

Then came the accusations of racism from a few black readers. Though far fewer than the (self-identified; on the Internet this is all nebulous) black readers who agreed with the piece, these readers were incredibly angry and incredibly hateful. One of them wrote at least 125 comments herself. For the first time in my life I was being called a racist, and I was stunned. How to respond? (Of course I should've backed up and asked myself whether to respond, but things were getting fiery.) You never want to cite your own history of working against white racism, because then you might come off like the liberals-turned-conservatives of an earlier generation, who I used to mock for saying "I did the marching bit in the sixties."

And so we come to the minstrel show comment. When I wrote it, the image floating above my head, cartoon thought-bubble style, was Al Jolson--the white singer from the '30s and '40s who became a huge star by putting on blackface and singing "Mammy." To me, Aguilera's singing was the 21st century equivalent. I felt I had a right to the analogy, to the phrase, and to the image.

Looking back, I have profoundly mixed feelings about it. Even if I was right on all counts, was it worth it, if I offended some of the very people I most wanted to address? I still don't know. In retrospect I think I should've either cut the phrase or put it into a clearer and wider context.

Ro: It's amazing that so many people viewed and commented on your piece. Again, I think you nailed a very real issue in popular music, and you packaged it so nicely with the word "oversouling." It also speaks to the fact that American pop music is all about race and people are eager to engage it on those terms since there are so few venues in which this type of discussion takes place.

I understand the references you were making with ["minstrel show"] and your decision to use it to punctuate your point. However, as much as it suggests an image of Al Jolson and Christina Aguilera as a part of that legacy, it also calls to mind a power dynamic that assumes blackness is a performance--an immutable monolith that is easily quantified and thus mimed and copied. This is just as untrue today as it was during the height of minstrel shows and blackface, as you and I and many others know. Further, in bringing a fundamentally racist history and practice to the fore you agitated that long legacy in all of its rawness and ugliness. So yes, even if unintentionally, your use of the term "minstrel show" had the potential to offend and did.

Do you think that "oversouling" could ever be used in a racially neutral way? How so or why not?

JE: This is a huge point you make [that American pop music is all about race], and probably the best explanation for why the piece struck a nerve. We're always hearing that America has not yet had a real conversation about race, and maybe part of the reason is that it's impossible to have that talk in the abstract. By focusing through one small prismatic lens, i.e. a singing style, we're able to see things otherwise too massive to make sense of.

If I was trying to create a mathematical formula for "oversouling," it would be the ratio of self-celebration to actual felt experience. In Aguilera that seems to be 10 to 1. Though in fairness I heard her do "It's a Man's World" at the tribute to James Brown, and I thought she nailed it--maybe precisely because the moment demanded that she give over her obsession with herself in order to pay tribute to someone else.

Obviously, as your readers--but not so many readers of the Huffington Post--understood, Jerry Wexler meant the term "oversouling" as ironic; a man whose entire life was a celebration of Soul understood there could NEVER really be such a thing, just as when James Brown says, "I got soul; I got too much soul," he doesn't actually mean he's suffering from an excess of soul and would prefer to lose some of it.