Do You ‘Adore’ This New Teedra Moses Song? 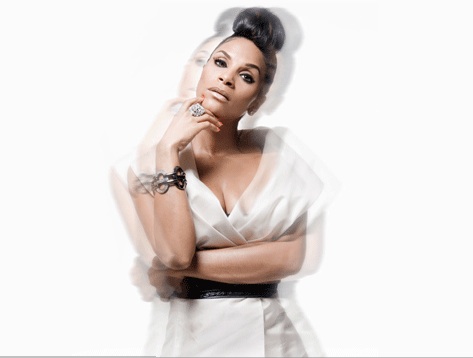 Fans of mixtape queen Teedra Moses were treated to new music from the singer this week, as she gears up for the release of her new video for "R U 4Real," taken from last year's Royal Patience: A Love Journey. After "I Adore U" hit the internets via Teedra's Twitter page, she was quick to clarify that, while this isn't appearing on her new album, The Young Lioness, it will essentially have to hold us over until a polished, complete, official release drops. The world has waited seven years since her last album, the near-perfect Complex Simplicity. In its wake, she's continued songwriting (Mary J. Blige, Macy Gray, Teairra Mari, etc), touring, and putting out three mixtapes along the way. It's always good to hear Teedra's voice, even if she sang the alphabet while banging pots and pans. Her rich, full harmonies demonstrate the proper way to embellish songs vocally, without getting carried away on never-ending runs and riffs, straying away from the intention of the song at hand. Well done, Teedra. I like it. However, very little of the music we have heard since 2004 compares to anything on that first project. Now I just need her to figure her label situation out so we can get a more cohesive musical situation going on this year. In the meantime, check out her site, where she counts down to the Valentines Day release of a new music video with some...um...interesting fan-submitted V-Day tales.
Center