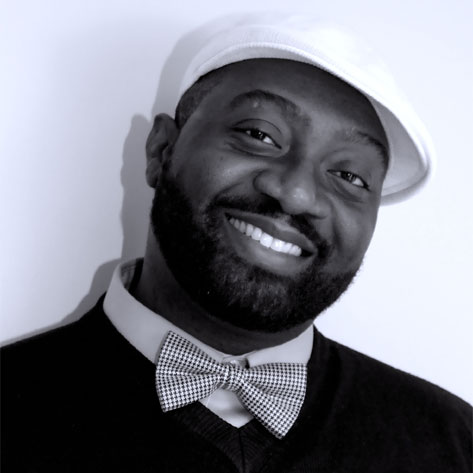 It's the rare background singer who can make the transition from the back of the stage to the front. Some singers need to stay tucked away, but then there are others who when you hear them sing, you wonder why they don't have a record out yet. Others such as Cleveland Jones, who once you hear him sing, you'll want to hear him sing some more.

A South Carolina native and graduate of both Morehouse and the Berklee College of Music in Boston, Jones has sung with the late great Ray Charles, Me'lisa Morgan, Gordon Chambers and Rogiérs, to name a few, over the years, and he's finally ready to claim his space in the spotlight. SoulBounce fam and musician/producer Ahmed Sirour brought him to our attention with this track that they worked on just this past weekend, a remake of "Nature Boy" made famous by Nat King Cole. You may be used to Cole's crooning on this standard, but you haven't heard anything until you hear Cleveland tackle it with a crisp, clear falsetto accompanied by Ahmed on piano. Simply beautiful.

Expect to hear more from Jones, who is working on his debut EP with Sirour as well as some other projects, in the coming months. Trust us on this, Cleveland Jones, our 100th Bounce-Worthy artist, definitely got next.