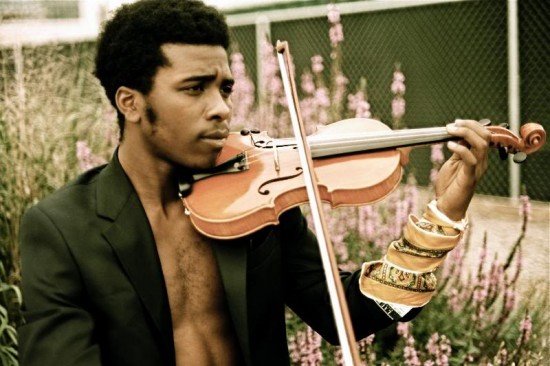 It's not often I come across an artist an fall instantly in love with their music, but that is exactly what happened when I pressed play on singer/violinist Marques Toliver's "Deep In My Heart." The 24-year-old originally hails from the US, but he has been living in London since 2009 and is set to release his debut EP, Butterflies Are Not Free, on April 25th. Discovered while he was a street performer in NYC by TV On the Radio's Kyp Malone, Toliver has already come to the attention of British tastemaker Jools Holland and was asked to appear on his show to perform the incredible "White Sails," which you can watch after the bounce. It's refreshing to hear a real musician with a real voice singing with such passion and soul. If you're traveling to SXSW this week, make it a point to catch him in action to see this rising star on his ascent.