DJ Quik & Jon B. Wanna Know Where The ‘Real Women’ Are 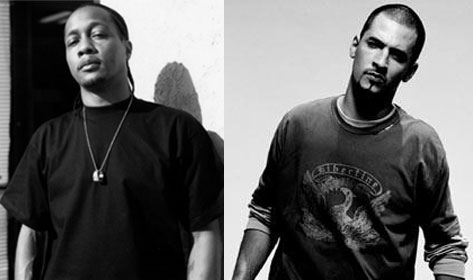 DJ Quik and Jon B. on a song together? No, the Hot Tub Time Machine did not drop us off in 1997. This track is straight outta 2011 and the first single from Quik's upcoming album, The Book of David, in stores on April 20th. Unlike many rappers getting long in the tooth, DJ Quik decides to act his age and not his shoe size on "Real Women" as he raps about wanting to spend his time drinking Pellegrino and wine and eating sushi with a classy woman who has job. In other words, fall back you 40-ounce guzzling, fast food eating hoodrats. Quik has grown up and so have his tastes in the opposite sex. Now if he would only lose those cornrows, he'd really be doing something -- but I digress. Jon B. holds it down on the catchy hook. There's a little Auto-Tune in play in spots, but overall his voice blends well with DJ's laid-back rhyming on the mid-tempo groove. This is a dope song to ride out to on a warm, sunshiny afternoon.
Center