Kutiman Is Our ‘Favorite’ Conductor

Ophir Kutiel, widely known as Kutiman, has upped the ante once again with his virtual arranging and composing. The Israeli musician/composer/producer/YouTube conductor brings us a new
installment of his Thru-You series, where he combines music footage found on YouTube and finds the perfect moment in each video that has the right
chord, sound, and/or note to sample and loop to fit with pieces from other videos.
In his most recent project, his "My Favorite Color" video, Kutiman blends a founding piano riff, French horns, a saxophone, a triangle, cellos, various drum beats, and other instruments (the complete list can be viewed here). For the vocals, he chooses a video of a young girl singing an original song in her bedroom to lay atop it all. The end result is a melting pot of musical genius. Through the massive following that Kutiman has built for himself, he takes some great musical talent out of virtual obscurity and puts them into the viral forefront. Hopefully
his Thru-You project will keep producing more of these fascinating and innovative creations.

TAGS:  kutiman, ophir kutiel, thru-you
Previous: Morning Soul: Just Come On Down And Work That Body Next: Raphael Saadiq Keeps On ‘Rollin” Back To The Past

Is Thru-You The New Wave Of Sampling? 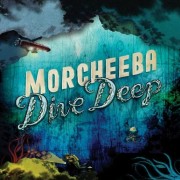 Get Into The Groove Of New Music