Yes, Sade, We Are ‘Still In Love With You’ And Can’t Wait To Catch You On Tour 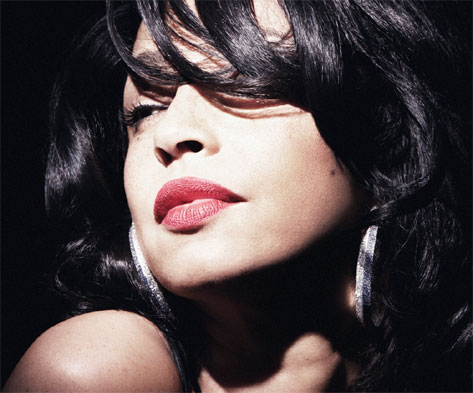 It seems as if Ms. Sade Adu is the gift that keeps on giving these days. After her rather lengthy hiatus, she returned with a vengeance last year with the GRAMMY Award-winning Soldier of Love, her first studio album in a decade, and is prepping to embark on a highly-anticipated tour. Now comes word that the Nigerian-British beauty is not only gearing up to drop her first greatest hits album, The Ultimate Collection in May, but she's also adding more dates to her upcoming summer tour.

The tour kicks off June 16th in Baltimore, MD, and the timeless singer and her longtime band will be joined on the North American tour by crooner John Legend. In addition to adding multiple dates to cities like Atlanta, Los Angeles, Chicago, and Oakland, fans in cities such as Pittsburgh, Houston, Miami, and more have now been added to the list of tour stops.

Meanwhile, the 29-track double-disc set is due out on May 3rd and includes three new tracks, including a new remix of "Moon and the Sky" featuring Jay-Z. Though I'm still having trouble wrapping my brain around a Sade/Jigga collabo, the promise of new music is enough to still keep my anticipation level sky high. I mean, let's be clear -- I can't think of a single musical misstep in her nearly 30-year career, so I have full confidence that she somehow manages to make this odd coupling work.

The first single from The Ultimate Collection, a cover of Thin Lizzy's 1974 single, "Still in Love With You," sticks close to the Sade tried-and-true formula of understated sensuality backed by a ultra-smooth groove. Be sure to give the song a spin via the video below, and let us know what you think. To find out if her live show will be landing in a city near you, check out Sade's website for the complete tour schedule.