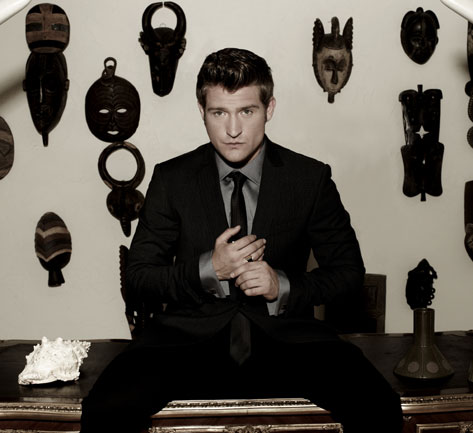 Many singers take a while to find themselves and a sound that works for them, but when an artist finally finds their lane, watch out there now. Such is the case for vocalist Alex Boyd who grew up on the Beatles and Metallica in Northern Virginia then discovered neo-soul at the hands of D'Angelo and Musiq Soulchild when he started attending Washington, DC's Duke Ellington School of the Arts. While at Ellington, he received a scholarship to Interlochen Arts Academy in Michigan where he then went on to study opera. After getting kicked out of the boarding school (oops!), Boyd found himself on reality TV on NBC's Fame competition and settled in Los Angeles where he experimented with everything from electro-pop to jazz. With so many musical influences and tastes, Boyd thankfully decided to go in a more soulful direction when it came time to record his own music, which led him to be signed to Jive Records who will release his debut album, Commit Me, later this year. Comparisons to another blue-eyed soul crooner, Robin Thicke, will be immediate, if a little unfair. Alex's sound is all his own, which you can hear on his catchy first single "Light Up Tonight." The song starts off with a slow burn, then builds to a foot-tapping, finger-snapping chorus and a big finish. The track has a pop rock edge to it, but his voice brings the soul out. Expect to hear more from Alex Boyd in the coming weeks and months leading up to his album's release -- and for a long time thereafter.