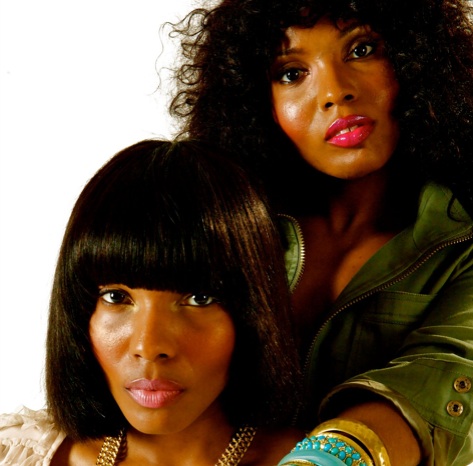 SoulBounce's appreciation of Mark de Clive-Lowe's musical talents are well-documented on this site. So it should come as no surprise that we are head-over-heels in love with his latest remix to grace our ears, a housed-up version of AAries' "Don't Give It Up." Taken from the Philadelphia twins' long-awaited upcoming project, MdCL takes this already soulful number and kicks it up a few notches, transforming it from a smooth old-school R&B track to a thumping, sweat-inducing dance tune. From the song's opening seconds to its final breakdown, I had to fight the urge to jump up and dance. Even though I gave it my all, I totally lost that battle. What began as a light foot tap eventually transformed itself into an all-out party in my living room that involved me moving my coffee table aside to better bust out my dance moves. So consider yourself warned: you may want to make sure you have more than enough space so that you can dance like nobody's watching when you listen to this one. And when you're finished working it out to MdCL's version, just listen to AAries' original track for what's sure to be a much-needed cool down.


TAGS:  aaries, audio, mark de clive-lowe, mdcl
Previous: How Do You ‘Feel’ About Rochelle Jordan? Next: Morning Soul: Just Call And Receive Me