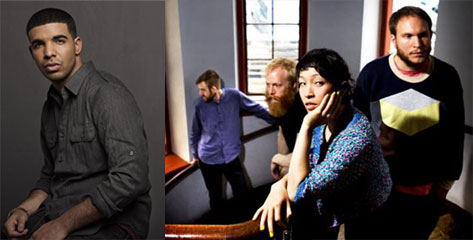 Since it surfaced a couple of weeks back, SBTRKT's "Wildfire" featuring Little Dragon has been in constant rotation. I must say I was a little surprised when I opened my Google reader this morning to find that Drake had released a remix of the track. I use "remix" in the loosest possible sense, because all he has done is add his own verse over the track's intro. While it dosn't really add much to the already fantastic track, I don't hate it either. After hearing this and reading that he's buddied up with alt-R&B outfit The Weeknd, it looks like Drake might be taking a bit of an alternative route on his upcoming album. If so, bring it on.
Center


TAGS:  audio, drake, little dragon, SBTRKT, The Weeknd
Previous: Does Baby Jaymes Have ‘Heart And Soul’? Next: Is Dionne Bromfield ‘Foolin’ Anyone?