Nina Sky Gives Us The CREEP’s In ‘You’

Nina Sky has definitely come a long way from "Move Ya Body." When they approached the trip-hop duo CREEP about writing a song for them, they requested something along the lines of what they are known for -- a "feel good, summertime" house track. Instead, Nina Sky received this much darker production. "You" featuring the twins serves as the second single for CREEP, a NYC-based female production/DJ/writing duo who is expected to release a full-length record later this year. I would have preferred something more upbeat from the "witch-house" duo who admits to wanting to work with the likes of Rihanna and Nicki Minaj, but this was a fascinating departure both sonically and visually. In the video directed by Thalia Mavros, the images veer from the ladies of Nina Sky back to CREEP as blood pours from their mouths and their hands. Adorned with edgy almost masculine haircuts, tattoos, and piercings, their harsh appearance complements the austerity of this video. Although, I can certainly understood why an artist would want to tap into their Goth side, I have my doubts that there are many artists that can bring that understated and ghostly quality that Nina Sky added to this song. 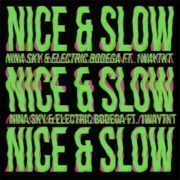 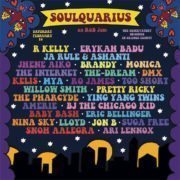 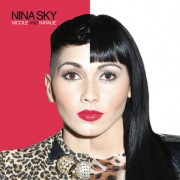 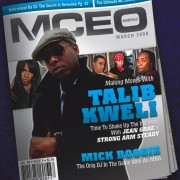