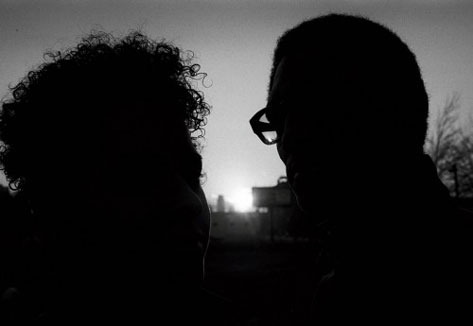 It's only fitting that Saturn Never Sleeps, the collaboration between Philly producer King Britt and self-proclaimed sci-fi singer Rucyl, formed while working on a tribute to out there music pioneer Sun Ra. Like him, the duo seem to be aiming for a sound that reaches outside of Earth's stratosphere. They've been cooking up a new album, entitled Yesterday's Machine, that they promise will be full of experimental sounds and the smoky soul of Rucyl's voice. If the sets first single, "Tory," is any indication of their musical direction, then this will definitely be an interesting ride. The single is a space-funk odyssey with Rucyl navigating through King Britt's sparse sonic landscape and pleading with someone asking if they're "gonna show me what to do." Is it the titular Tory or some abstract idea? That question is never really answered. What is revealed, however, is that this pairing has quite a bit of promise. Guess we'll have to wait until the full album drops this July to see if they live up to it.
Center