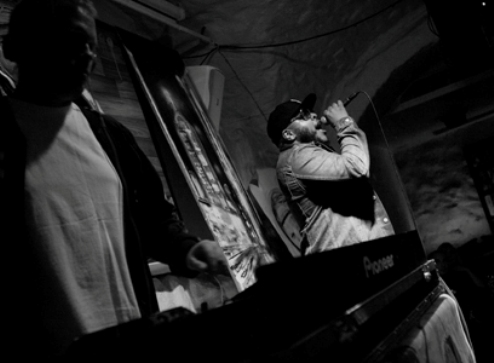 Recently while flipping through my iTunes, I came across Wildcookie's Cookie Dough album. I was lucky enough to receive a copy of this late last year, and it got heavy rotation for several weeks but then, as tends to happen when the holidays approach, it got lost in the shuffle. We already brought the dark and murky video for first single "Heroine" to your attention, and I meant to revisit the talented duo -- consisting of producer Freddie Cruger and vocalist Anthony Mills -- when the album was officially released in February this year but my forgetful self, well, forgot! After giving it another spin, I felt a duty to bring "Serious Drug" to your attention. As the title suggests, the drug theme continues here, but this time the duo are exploring the dangers of cocaine and the effect that it has had on some of our most beloved musicians and entertainers. The track name-checks, amongst others, Rick James, Amy Winehouse, Natalie Cole, Smokey Robinson, Richard Pryor, and D'Angelo. All dark stuff you may think? Well, yes it is, but it's set to a ridiculously infectious samba beat that, while being completely at odds with the subject matter, works extremely well.
Center