Will You ‘Favor’ This Lonny Bereal & Kelly Rowland Duet? 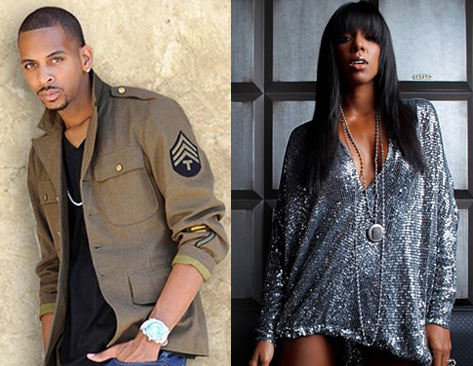 Just when I was beginning to project a change in Kelly Rowland's lackluster career path, she let this collaboration happen. Teaming up with Los Angeles-based songwriter Lonny Bereal for "Favor," a generic mid-tempo sex romp, Kelly has officially taken several long jumps back from the recent gains she's seen. The new collaboration, sees Kelly providing the hook on the straightforward "girl-bust-that-thang-open" tune from the GRAMMY-nominated Lonny. He opens with: "Girl relax, I got your back, I never seen you put it in the air like that. Nibble little bit, on your thigh, I'm gully with it girl, you remind me of my Jeep..." And yes, he's totally serious. Originally featuring Chris Brown with Teyana Taylor on the hook, it's pretty much in line with what we've come to expect from Kelly: forgettable R&B at best. To be honest, the writing is actually pretty terrible. It's every "Let me rub you up and down and knock boots because I wanna sex you up, but waittill you see my d--k when I unleash the dragon"-type of lyric rolled into one song. If you've ever clicked onto a singer's graphics-heavy MySpace page with animated dark gray text on a black background, this is the song that autoplays. No big name feature could save this.
Center

For the first, and likely last, time ever, Kelly Rowland's single "Motivation" currently sits higher than Beyoncé's "Run The World (Girls)" on Billboard and iTunes' charts. She actually followed through and produced a likeable song and video outside of Destiny's Child. Her "What A Feeling," a stellar dance record performed with Italian DJ Alex Gaudino, shows that she can knock it out of the park if pushed. One would think
that after 15 years in the business, Kelly would find a unique lane to
forge and be able to turn down work that's beneath her. She's gorgeous
and sounds great in the studio, but has yet to really shine (in the
U.S.) as a solo act. Instead, she's become the Halle Berry of
music in a sense, hopping on any song, singing hooks for anyone, without
regard for maintaining a certain level of quality in her work. Ah well.
A check's a check, right?