Beyoncé’s ‘4’ Puts Her At A Precarious Crossroads 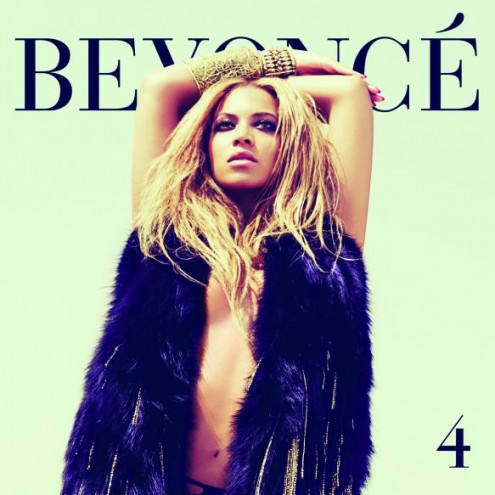 Almost a month before the release of her fourth studio album, 4, Beyoncé found herself in an unfamiliar position -- lead single "Run The World (Girls)" failed to catch on with audiences, igniting (at least in the minds of the YouTube commenter set) a fierce battle for pop supremacy between her and Gaga, Our Lady of Focus-Group Edge. While similarly derided, Gaga's "Born This Way" rode Madonna's '80's coattails to number one. Knowles, on the other hand, probably got a call from Kelly Rowland, who giddily reminded her that she got ethered on the charts not just by Gaga, but by Rowland herself. (Naturally, Kelly called back 10 minutes later sobbing uncontrollably, begging for forgiveness.)

With all this, and a failure to connect with listeners after two attempts at a follow-up single, we find ourselves in an equally unfamiliar position -- feeling sympathy for Beyoncé Knowles.
Center

After years of catchy, blustery club offerings, Bee continues in the direction hinted at on I Am..., transitioning into her new role as elder stateswoman of shiny-thighed Pop. Coming on the heels of her coronation at this year's Billboard Music Awards, 4 is the aural equivalent of Oprah withdrawing her show from Emmy consideration -- its abundance of downtempo offerings suggests she's no longer interested in competing with Rihanna and Gaga for dance-floor dominance. But her few attempts at club bangers suggest she may no longer know how.

The most egregious uptempo failure is easily "Countdown" -- a record built on a sample and a gimmick, with all the structural integrity of a sandcastle. Squandering what could have been a creative revival of Boyz II Men's "Uhh Ahh," this record stands as a perfect symbol of precisely what ails Beyoncé, arguably the most technically gifted vocalist of her generation: needless bombast. The song is brash and loud, so as to be disorienting instead of endearing; and just when you start to adjust to one of its overly busy musical arrangements, she switches it up, offering 33 flavors of awful like a demented Baskin Robbins. It's a rollercoaster ride you really, really want to jump off.

The same could easily be said for Knowles' vocal theatrics. Having watched her recent American Idol performance of "1+1," a friend pronounced that "watching Bey sing a ballad live is like watching a car slowly burn till it blows up, knocking out your eardrums. Very uncomfortable."

On 4, she is again vocally stuck in the gap between Vixen and Southern Church-Lady -- growling where she could purr, yelling when she means to emote, threatening to sink even the album's more palatable mid-tempos. Take the infectious '90s throwback "Love On Top" for example, on which she starts out cooing to her lover with a sugar-sweet innocence reminiscent of Shanice on "I Love Your Smile." But soon enough, she's back scolding him (and us, presumably for eavesdropping) for the final two minutes of the song, seemingly incapable of conveying the giddiness the infinitely less talented Amerie perfected on "1 Thing."

Actually, the sublime (if in no way Fela-inspired) "End of Time" aside, the mid-to-downtempo cuts are where she gets it right. From the languid, breezy "Party" with Kanye West and Andre 3000 (continuing the tradition of star-packed would-be Event Records yielding competent but disappointing results) to the pop-rock wailer "I Care," 4 is at its best when at its slowest. From this crop comes the album's real standout, the gorgeous "Rather Die Young," a paean to the feeling of invincibility (and yet, melodramatic obsession with mortality) of young love. With its verses built on an uncredited sample of Radiohead's "A Punch-Up at a Wedding," and a killer chorus that calls to mind both Teena Marie and the Jackson 5, this is Beyoncé at her absolute best. The only problem is, it's not single material.

And this is, on the whole, the problem with this album. Nothing on here is bad -- not even the polarizing "Run The World (Girls)" or second single "Best Thing I Never Had" (Babyface's desperate attempt to create "Irreplaceable 2.0"). Even the maudlin, over-earnest "I Was Here," created by Diane Warren and Ryan Tedder (the reigning monarchs of maudlin, over-earnest shlock) is lush and compelling, despite its high cringe factor. All in all, it's an immensely listenable album -- one I can easily imagine having on as I work. But I doubt anyone in contemporary pop music sets out to make a full album's worth of background music.

With all this working against it, 4 was almost certainly destined to be a commercial disappointment, especially considering the inevitable comparisons to Lady Gaga's million-plus first-week numbers. A more cynical commentator would suggest the leak was an escape hatch to explain what would certainly have been a blow to the Beyoncé brand.

Still, all is not lost. After all, Knowles hasn't had an album with wall-to-wall smashes since her solo debut -- each release after Dangerously in Love had its lone mega-hit that further solidified her place in the pop music pantheon. With the right video and supporting performances, either "End of Time" or "Party" could end up saving 4 from becoming her Glitter-- a perfectly serviceable album to be scrubbed from her discography and never spoken of again.

But if all else fails, her comeback on 2015's The Emancipation of BeBe will be epic.