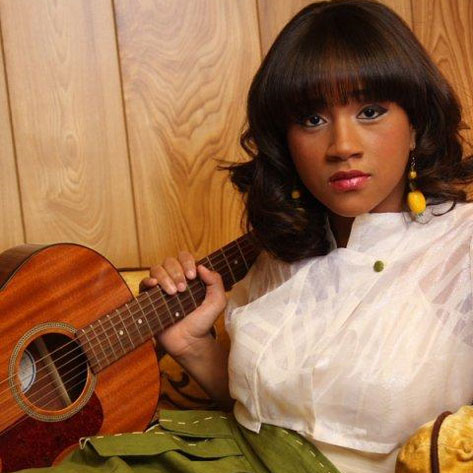 The volume of email that I receive on any given day is such that my inbox typically looks like an episode of Hoarders. But there are certain people whose correspondence gets priority because I know they always have something good to say or share. So when Drake Phifer of Urban Organic in Detroit hit me up recently to hip me to a new artist he's managing, I made haste to listen to the MP3 he sent me. What flowed from my speakers was the angelic voice of 20-year-old singer/songwriter/guitarist Charity on the catchy song "Sounds Like Love."

Counting John Mayer and Justin Nozuka amongst her favorite artists and heavily influenced by Lauryn Hill, India.Arie, and Corinne Bailey Rae, her music sounds like a melting pot of all of those singers but her voice has a character all its own. "Sounds Like Love" is also the name of Charity's debut album, which she is working on with fellow Motowners Amp Fiddler and B. Williams and putting the finishing touches on now, with an anticipated July release. To meet her release date goal she has a Kickstarter campaign going on now through June 17th at 12:02 am to raise the last batch of funds to get her album made. I suspect that after you listen to her single below and watch a video of her discussing her passion for music after the bounce, that you too will fall in love and be encouraged to donate to Charity's very Bounce-Worthy cause.