J*DaVeY Offer Their ‘New Designer Drug’ On The Road 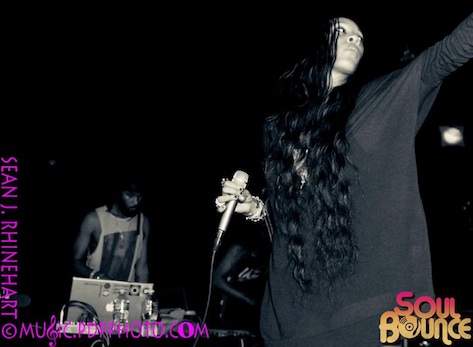 I still find it criminal that most people haven't discovered the musical genius that is Brook D'Leau and Miss Jack Davey. The duo first burst into my consciousness via "Mr. Mister," their raunchy first single from 2005. Since then, I've been hooked. I've been jonesing for their official debut New Designer Drug ever since they announced it years ago, and with this promo tour it seems like J*DaVeY is finally ready to make good on that promise.
Center

That's why I stood inside the dark cavern of Brooklyn's Southpaw waiting anxiously for their show to start. But first I had to wade through four opening acts (five if you include Greg Nice's impromptu beatbox set, a definite highlight of the night). Though this meant a lot of standing for the audience, the acts made the wait more enjoyable. Beginning act Shyvonne was a bit all over the place, her turquoise tresses swaying as she performed a few songs, including current single "Damn." It was a great effort on her part, but one that isn't quite ready for primetime just yet. MC/DJ Jasmine Solano, however, killed. She took the stage and proceeded to rap better than most people with major label deals. She flipped well known beats and then ended with her song "That's Not It" which sampled Salt-N-Pepa's "Whatta Man." 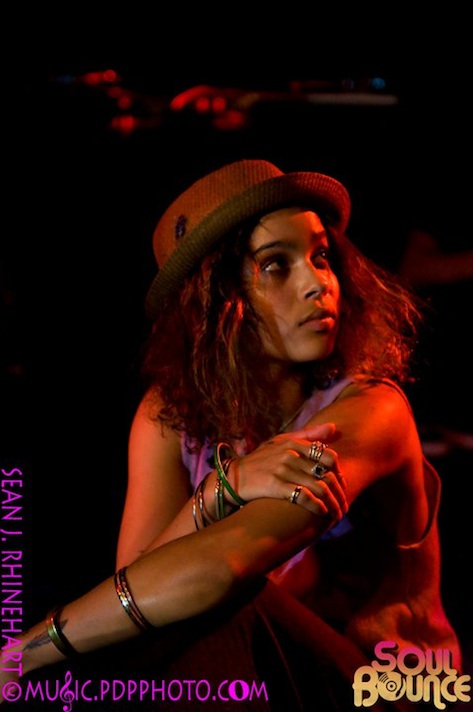 Then the night's second biggest act took the stage. Those not familiar with Elevator Fight will more than likely know its lead singer Zoe Kravitz (as in the daughter of Lenny Kravitz and Lisa Bonet). It seemed that everyone who wasn't there to see J*DaVeY was there to see them, including proud papa Lenny and self-proclaimed fan Drake. I'd been wanting to see them perform for a minute, more out of curiosity than real interest, but I was impressed by their set. Their songs were pretty tight and well written, and it wasn't the Zoe show like I thought it would be. The crew had an obvious camaraderie as all kinds of hi-jinx ensued on stage (at several points during the show the bass player took swigs from a bottle of Jim Beam). Their songs were pretty damn good, too, from "Paloma" to their upcoming album's title track "Post Empire."

After Elevator Fight left the stage and the aforementioned Greg Nice rocked it, Def Sound and Brook took the stage. Def Sound was definitely giving off Kwame vibes, with his gravity-defying high top and dapper navy blazer and patterned bow tie. His sound, however, was nothing like the polka-dotted one. His songs were trippy, oddly structured, and repetitive, but somehow I always found myself nodding my head to the beat (also, upon going back home and listening to the songs online, I've found that I like the songs much better performed live). He blazed through songs, like "Do.nt.Try.This.@Home" and "(A)Gain" and got the crowd pretty hyped in anticipation for the headliners.

Once Def Sound cleared the stage the crowd was asked just to wait a little longer. Then Brook arrived rocking his signature black leather aviator cap and shades and "Trans" began playing. Def Sound appeared again to assist Brook on the music front. Miss Jack finally showed up dressed in a military jacket over sheer black babydoll dress and white Chucks and rocking long braids down to there and sang "Listen to Me." The song quickly changed to "Quicksand," with Jack's braids flung over her face (she resembled that creepy little girl from The Ring for a moment) she rocked out over the hard-hitting beat, moving all over the stage as she sang, eventually segueing into the super-sexy "Crawl." 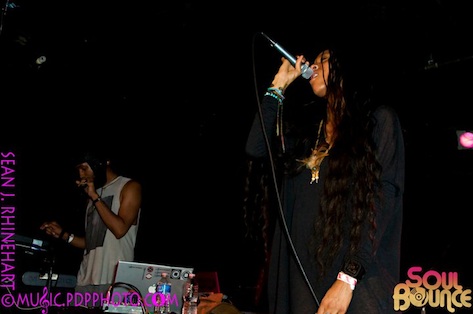 They then switched gears with frantic, harder-edged "Kill for Fun." It threw the audience for a loop a bit, as realized by their more subdued reaction ("They're giving you golf claps," Brook joked). Jack decided it was time for the two of them to switch places and, after finding the proper chair, he performed "Silly Little Tramps" as Zoe K. and her bandmates joined them to dance and goof around on stage.

Though they never performed anything from their earlier material (save for a brief bit of "No More" towards the night's end and "Dollar or More"), they performed several of the best jams from their two recent "mistapes" Boudoir Synema and Evil Christian Cop and a few other scattered songs, including "Get Together" and "Lazy Daze" in addition to "This One!" and "Queen of Wonderland." They then exited stage left while the crowd chanted for more. Of course, the crew obliged and Miss Jack strapped on her cherry-red guitar to perform their cover of "Smells Like Teen Spirit." She then sat on the corner of the stage and gave us an acapella bit of "No More" while also revealing a bit of special news to the audience (Don't worry, Jack, your secret's safe with me), before launching into the evening's final song "Raincheck." It was sultry and seductive and the best way to end the show and send folks out into the warm summer night. 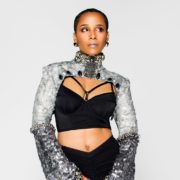