With The Light of the Sun only two weeks away, Jill Scott is going full steam ahead with the album's promotion. First, you can catch Jill online as she continues her "Light of the Sundays" vignettes. This week's video reveals Jill's journey from singing for herself to sharing her gift with a live audience. It's a very special story that sheds some light on how Jill's artistry developed over time. If the vignettes aren't enough to hold you until June 21st, Jill has also lined up an appearance on The Tonight Show with Jay Leno on June 17th. After the album's release, she will then bless Jimmy Kimmel Live! with an outdoor concert on June 23rd and a sit down on Live with Regis & Kelly on June 30th. And, of course, don't forget that her Summer Block Party tour with Anthony Hamilton, Mint Condition, and a few other guests kicks off this July. This promises to be a Sun-filled summer, indeed. 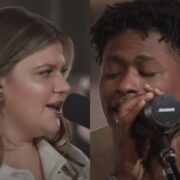