Ledisi Wants Us To ‘Stay Together’ 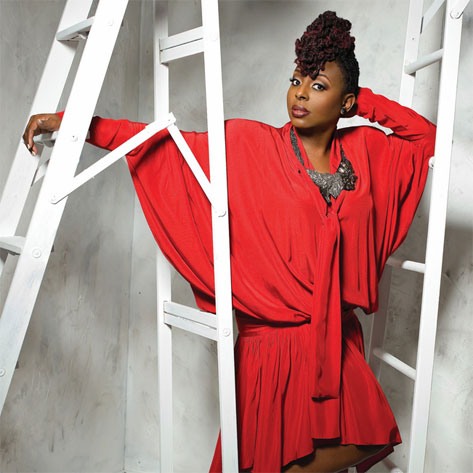 Those of you who have copped Ledisi's Pieces of Me since its' release last week (or have at least seen the tracklisting) may well be expecting to read a discussion of Ledisi's duet with Jaheim. When I saw the tracklist for the first time I was pretty certain that "Stay Together" would be a re-working/cover of Al Green's "Let's Stay Together," and, if I'm honest, I was a little disappointed when that turned out not to be the case as Ledisi's voice and that song seem like a match made in musical heaven. Well, it looks as if the musical gods were shining down on me as Ledisi has in fact recorded a version of Green's classic for inclusion on T.D. Jakes' Sacred Love Songs 2, a collection of covers and original songs inspired by the movie Jumping The Broom. In addition to Ledisi, the album features Joe, El DeBarge, Kirk Whalum, and Karen Clark Sheard amongst others. Sure "Let's Stay Together" is one of those songs that didn't really
need to be covered again, and this version doesn't really bring anything
new to the table. However, Ledisi's version is, as you would expect, super-soulful and those elastic vocals wrap themselves around the track in all the right places.
Center