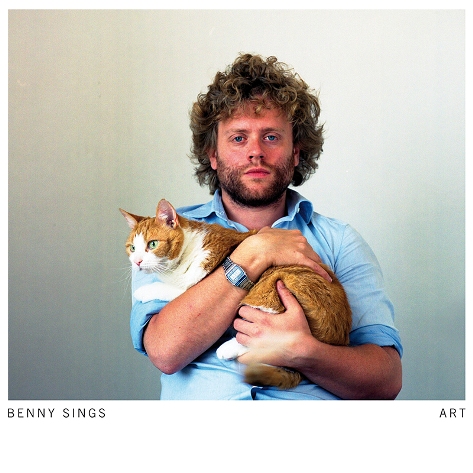 Nothing quite beats the excitement of coming across an artist, who you had no idea existed only minutes ago, and falling in love with their sound from the jump off. The icing on the cake is when you discover that, rather than only having one or two songs floating round the web, they actually have a pretty decent-sized back catalog for you to sift through and sample. That's how I felt when I came across Dutchman Benny Sings (aka Tim Berkestijn) and his new album Art, which was released this past May. Benny cites D'Angelo, Paul McCartney, and Stevie Wonder as his influences, however the good folks over at BamaLoveSoul hit the nail on the head when they described him as a sort of modern day Hall & Oates. His particular brand of soul incorporates more than a little pop, but rather than it sounding watered down it works extremely well. Art is Benny's fourth studio album and "Big Brown Eyes," which you can stream below, is the first single. Now excuse me while I go and track down his three previous albums.
Center