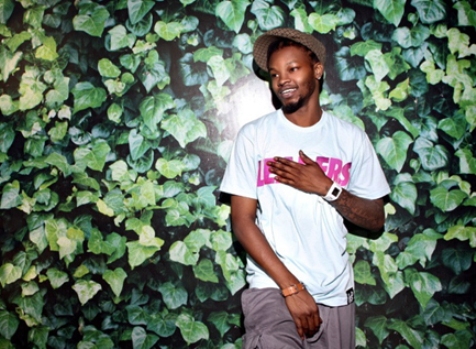 BJ The Chicago Kid is an artist who has flown completely under my radar. In fact, the only time I can remember hearing his name was when I was listening to Kindred the Family Soul's latest offering, Love Has No Recession, where BJ makes an appearance alongside SoulBounce fave Bilal on one of my favorite cuts,"Take A Look Around." After listening to that track I made a mental note to check him out, a task I still hadn't managed to get around to until today when this Little Dragon cover surfaced. "Twice" is one of my favorite LD songs and is tied with "No Love" as my favorite vocal from Yukimi Nagano, so it was with more than a little trepidation that I pressed play. BJ chose to go the "if you can't beat 'em, join 'em" route on this cover, deciding to do a striaght-up copy of the Little Dragon version. Usually I'm of the opinion that artists should only attempt covers if they intend to bring something new to the table. However, as they say there is an exception to every rule, and "2wice" is that exception. BJ's vocal sits nicely over the sparse instrumental, and sometimes it's just nice to hear a different take on things. Take a listen to the track below, and let us know how you think it compares to the original (or even Cleveland Jones' pretty flawless rendition).
Center